A thread where all charitable events Michael is involved in 2016 can be reported.   They can range from MBC involvement to golf competitions to his other charitable work he will no doubt do throughout the year.

Firstly to be reported is wonderful news concerning the Michael Bolton Charities and their new projects they have announced.  Here is link which gives insight to two Music Therapy programmes they are starting with one being at the Clifford Beers Clinic which is the charity dear to the heart of Michael's late beloved mother, Helen with other being at BH Care-Umbrella Centre for Domestic Violence with both being located in New Haven, CT.

They are also launching a programme to start a Family Justice Centre in New Haven.

Both projects are detailed in this poster issued by MBC. 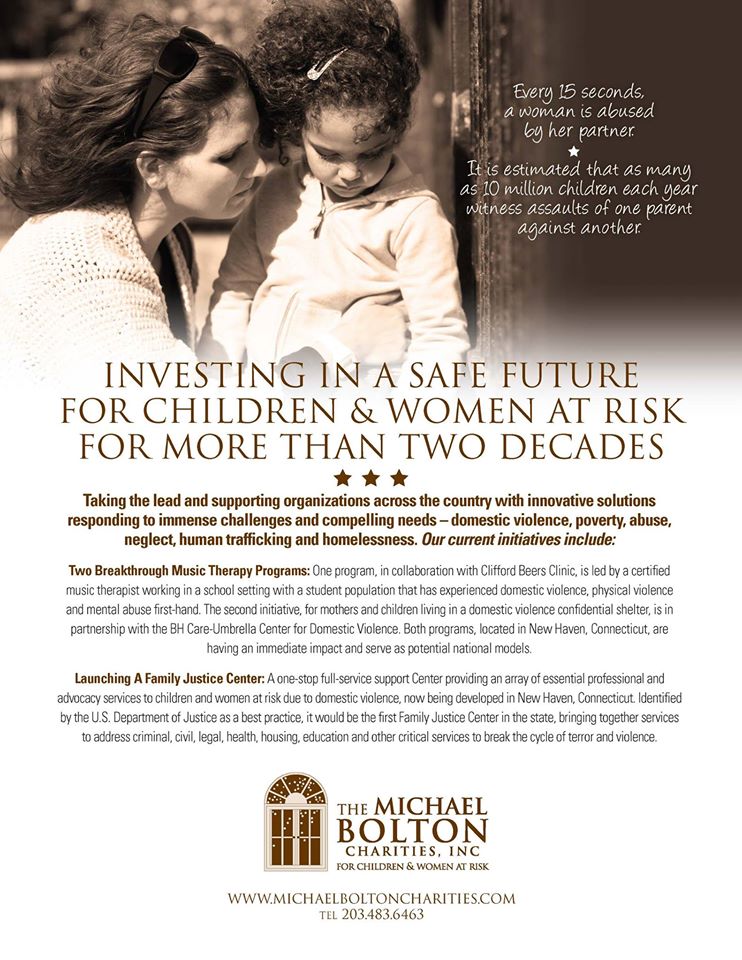 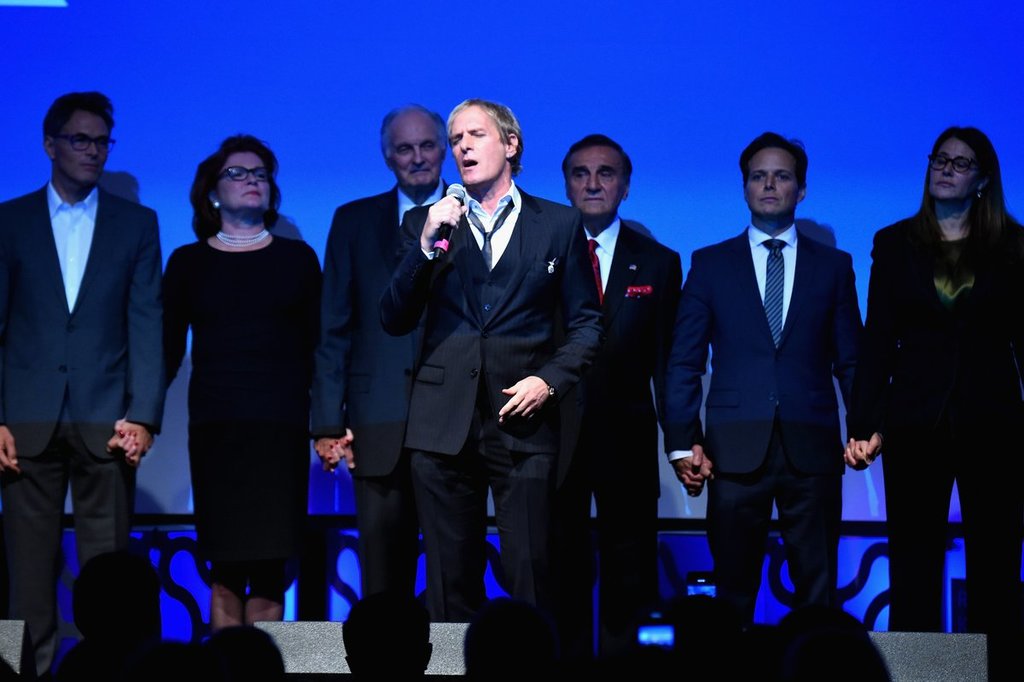 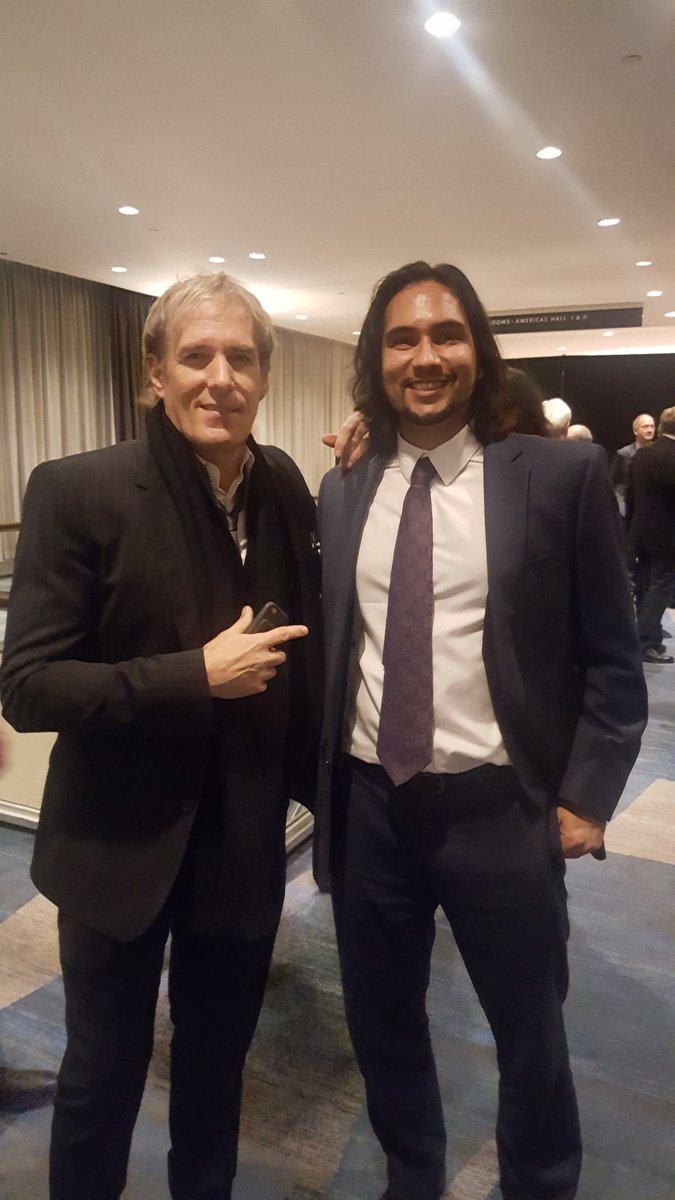 Hear is the complete historic speech that Bobby gave that night, 4th April, 1968.

Martin Luther King dedicated his life to love and to justice between fellow human beings. He died in the cause of that effort. In this difficult day, in this difficult time for the United States, it's perhaps well to ask what kind of a nation we are and what direction we want to move in. For those of you who are black -- considering the evidence evidently is that there were white people who were responsible -- you can be filled with bitterness, and with hatred, and a desire for revenge.

We can move in that direction as a country, in greater polarization -- black people amongst blacks, and white amongst whites, filled with hatred toward one another. Or we can make an effort, as Martin Luther King did, to understand, and to comprehend, and replace that violence, that stain of bloodshed that has spread across our land, with an effort to understand, compassion, and love.

For those of you who are black and are tempted to fill with -- be filled with hatred and mistrust of the injustice of such an act, against all white people, I would only say that I can also feel in my own heart the same kind of feeling. I had a member of my family killed, but he was killed by a white man.

Even in our sleep, pain which cannot forget
falls drop by drop upon the heart,
until, in our own despair,
against our will,
comes wisdom
through the awful grace of God.

Thank you very much."

Hi Sylvia, I misunderstood your post and thought Michael was singing in the video, but thanks for the share of the transcription. Take care. Hugs, sincerely, Sylvie Qc Canada :D

Michael does sing in the video Sylvie, right at the end.  Possibly because the link takes you into the FB page of the Robert F. Kennedy Human Rights page and there has been another post added after the live streaming one you are possibly listening to wrong vid.  Here is a link into my page on FB where I have shared the video so see if that helps.  You hear, I believe, two of his granddaughters talking and then in come the special guests who recite the whole of the speech from Indianapolis.  At end you hear, and once again not too sure (too far away) but believe it is his daughter Kerrie Kennedy, saying a few words and then Michael walks on stage and starts singing

Hey Sylvia, thanks a lot: I got it! It's too short, but wonderful none the less, thanks again for sharing. Take care. Hugs, sincerely, Sylvie Qc Canada :D

Here are some of Michael outside the RFK event: 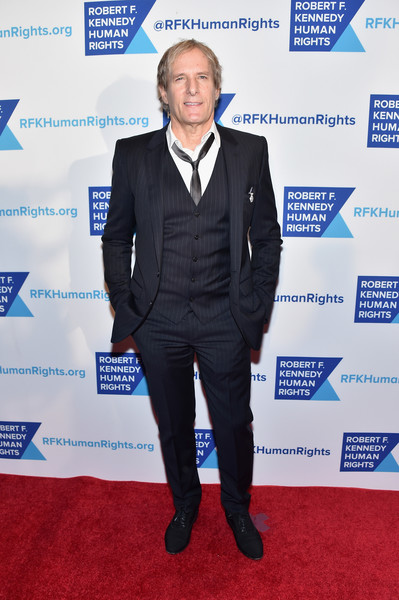 Here is another pic of Michael with Elisa All Schmitz which Elisa has shared.  Elisa has asked, when using her pic, if could include link to 30Seconds.com which she founded and here is link as requested.  https://30seconds.com/ 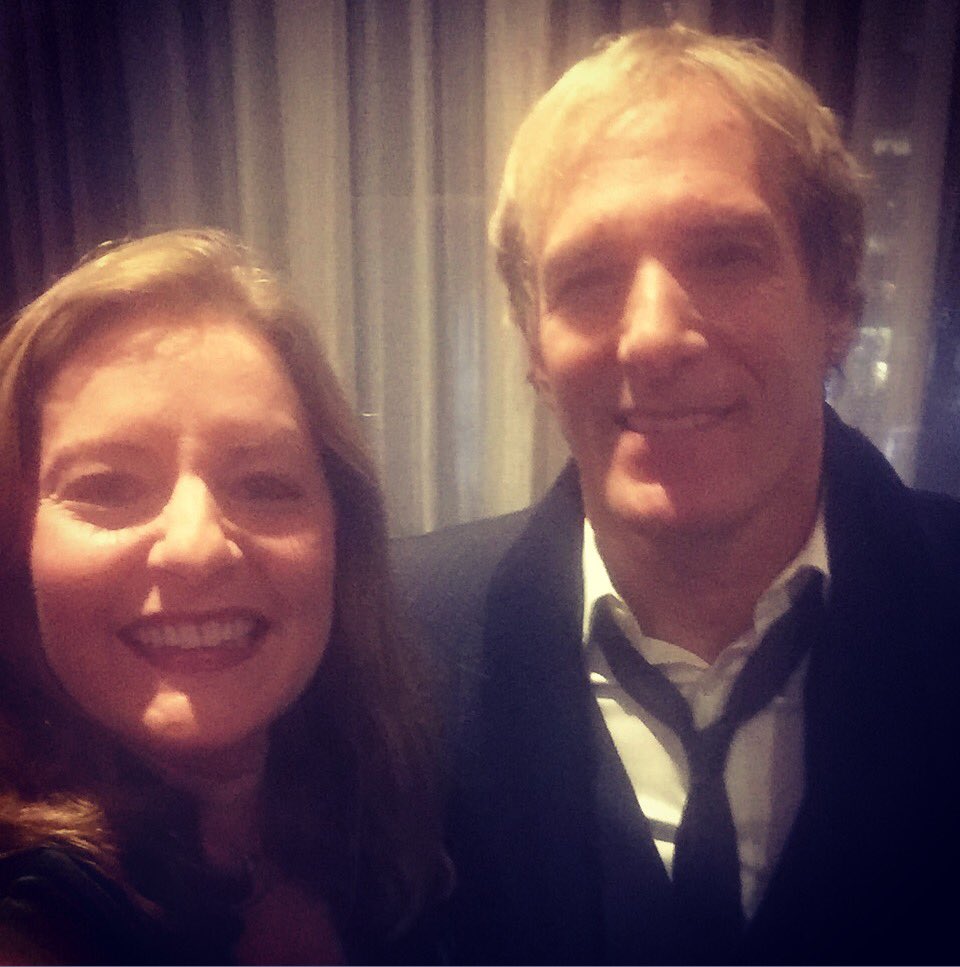