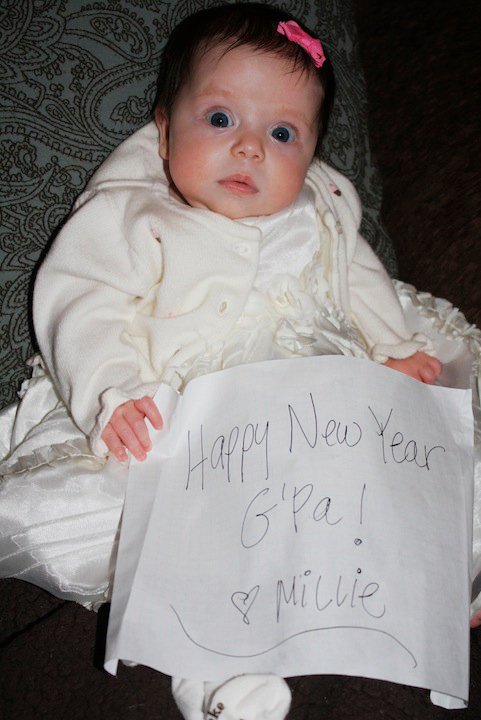 Permalink Reply by Gail on January 2, 2011 at 6:48am
Isn't she the cutest thing!!  This is on the front page here along with a picture of the "flight attendants" in Taiwan I'm guessing.  Gail

Thanks a million for posting this and Flight Attendants onto "Home" page -  I just thought when I saw this it was so beautiful I had to put it in immediately - I also wanted to see if I could transfer a picture - I have to admit there were numerous failed attempts - when it finally appeared - I honestly couldn`t believe I had done it - I`m just finding it all so great - being able to press buttons and things actually happen - even if nine times out of ten not what you want !!!!! :D.

Wanted to ask you, Gail, do you think I should now cancel the message on "Get Well Message To Michael" - think he will have seen and that everybody has contributed who would have wanted too - feel too - as he is looking great now - don`t want to tempt fate by leaving something like that in too long - mind you think he has had his three of bad luck - hope so in any case - what with snow, illness and then political interference - what else can happen!!!!!!!   lol.

Permalink Reply by Gail on January 3, 2011 at 4:54am
No, I think we should leave it a while longer.  He is back in the States and may have more time to read.  Maybe another week or so.  Gail

Okay, I`ll leave for now - thanks!

I saw those, how adorable is Amelia, looks like a little china doll.. The pic with the cut outs of the flight attendants was a hoot too. MB's sense of humor!! LOVE IT!!!

A beautiful picture,captivating eyes just like grandpa's.  Another heartbreaker.