Icon of a pair of ladies eyes with one winking over and over!!

He looks GREAT in BLUE!!!

I might be a bit embarrassed if he saw some of the things we say about him on here! LOL!!!

Just SOME of the things Joy....think it could up add to about 99.9% of what we say especially on this thread !!! ROFL.

Here is a photo for you all that Michael L has put out on FB and it was taken at W Hotel, Hollywood just recently and in it is ML, Brenna Whitaker, Walter A, MB and Katie Cazorla and doesn't Michael B look as though he has joined the "four eyes land" and doesn't he look fantastic too and especially the way the light has lightened his hair or the tan he has gives that effect ....talk about someone looking distinguished; he most certainly is....fabulous !! :) 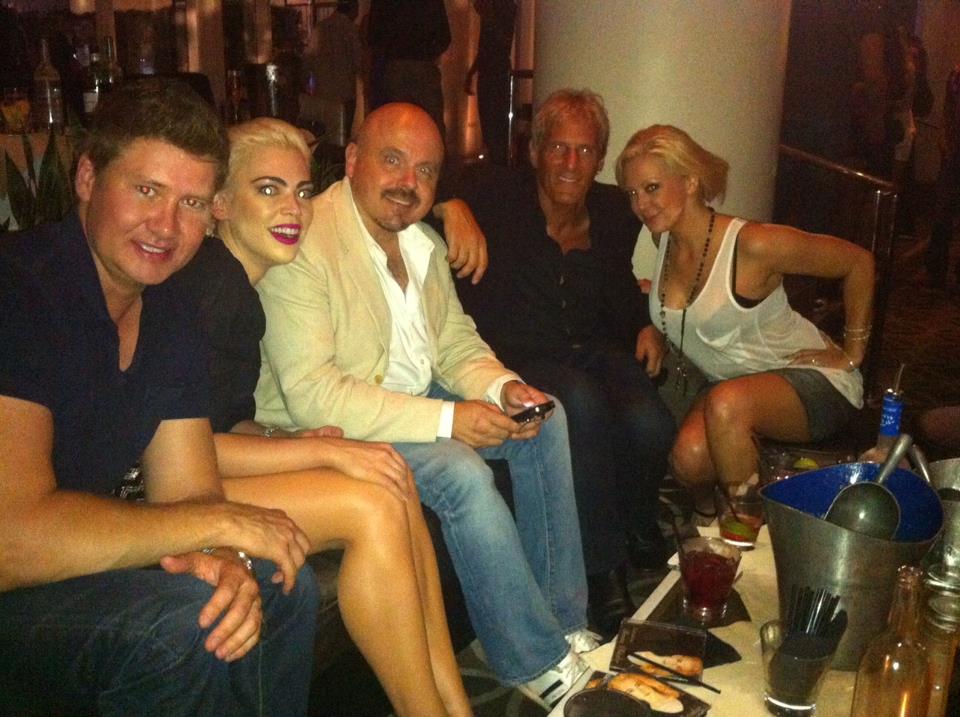 Walter A did tweet again recently how thrilled he was to be able to work with those he has been recently and he mentioned MB so it looks as though he has very definite input to the new CD.....good to hear and can't wait for more info on that but in the meantime enjoy the photo folks !!! :)

Thanks for the additional pics, Sylvia! Have my DVR all set to record the show on the 27th!

Mariu the show airs on 27th SEPTEMBER not November and I am sure we will have a link on here somewhere after that so that you can watch long before November....not long to go now !!! lol.

Thanks !!  Yes, I know that you take videos of Michael even under the stones, if necessary,  LOL !!

but is that Warner Cable Channel announced the new season

and already confirmed they will be in October, It lasts by spanish sub-titles...

Anywhere and everywhere Mariu.....I will try to get picture or video of THAT man  !!! LOL

Hope you are able to watch in October and that you ENJOY.....great news Mariu !!! :)