Michael has finished his 1st round and he finished ......joint leader.....with a score of -13 and a round of 59 and there is only about a couple of other players still to finish who could, on a wing and a prayer, get anywhere near him.   His professional partner finished joint 8th with a -7 and a round of 65.   A few of the amateur golfers, including Michael, beat the professionals for the leader in the professionals finished with a -9.   Got to wish him well for tomorrow but this year things are sure looking good !!!!!!!! lol.

Sounds GREAT Sylvia..thanks for the update :)))

Way to go, Michael!  Golf Central is repeating today's round in a few minutes and I am so anxious to watch you in action.  Fingers crossed that your hard work and practice keep you at the top throughout the tournament.  I am thrilled for you!  With love and affection to my favorite guy, always ...

Michael at the Humana - intense!!!

MB does that when he makes a shot!!LOL

The caption says "Singer Michael Bolton pumps his fist after making a birdi putt on the 15th hole during the first round of the Humana Challenge in partnership with the Clinton Foundation at La Quinta Country Club on January 17, 2013 in La Quinta, California."

Great news indeed and hope today is as spectacular for him !! :)   Jackie just to say I can't see your photo but I will look for it through Humana !! :)

Have found picture that you put in Jackie and as you say Robin, that fist punch....boy, didn't Michael just love that and even although the "supposed" serious expression he is one happy bunny.....fantastic picture and here it is ...................... 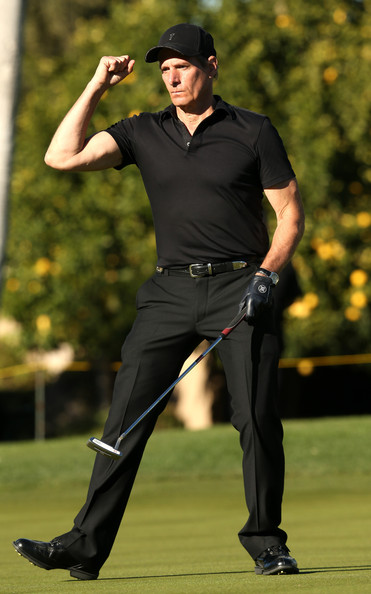 Great pic Sylvia...thanks :) That is the intense MB for sure!!!! But he is having a great time all right :))

Thanks Jackie for can now see the picture okay.....funny how it didn't show up at beginning because generally no problem with transferring Getty images but I went into Zimbio and found and then about two hours after I had found it they sent me an alert.......on the ball those folks.....get the pun, "ball", golf "ball"   ?????? !!!!!!!!! ROFL.

Beautiful photo. Thank you Sylvia. Congratulations Michael. ! You are the strongest in all. ! Have a good day.
Françoise from France.

Here is a picture just posted by the Humana Challenge group of the sunrise as the 2nd Round gets under way today......beautiful !!! :) 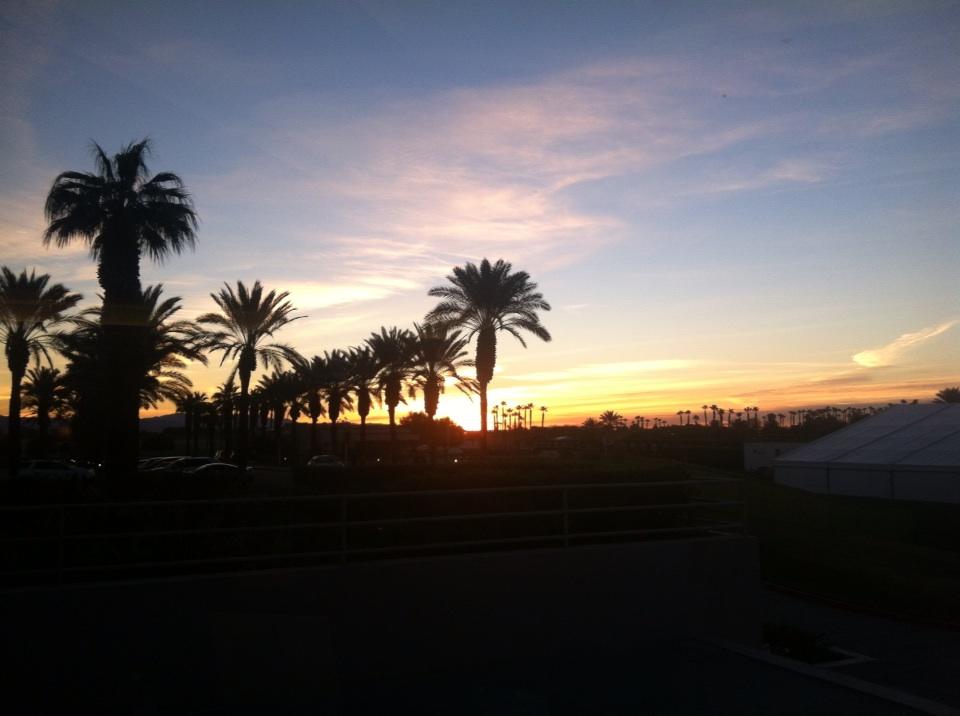