Thank you Sylvia our Wee weeporter for all the updates!

Final post in this thread and I must say I am delighted to put it in for Michael came 1st in the Ernie Dunlevie Field in the Pro-Am and has posted his picture, holding the Trophy he was presented with on Saturday evening, on Twitter.  In case some don't know the whole field in the Pro-Am, of over 300 players, is always split into three groups because the tournament is held over three courses on three days so it is a different course each day for each group and each group is made up of amateurs and professionals so Michael beat, not only the other amateurs in the group but the professionals too, to win that Trophy.   Well done Michael doesn't seem enough of a congratulatory statement to make but.........WELL DONE Michael !! :)

For Sylvie and Robin CA the Trophy is a HUGE crystal vase and needless to say Michael's smile is one to behold for I believe he is just a "little" bit happy !!!! lol. 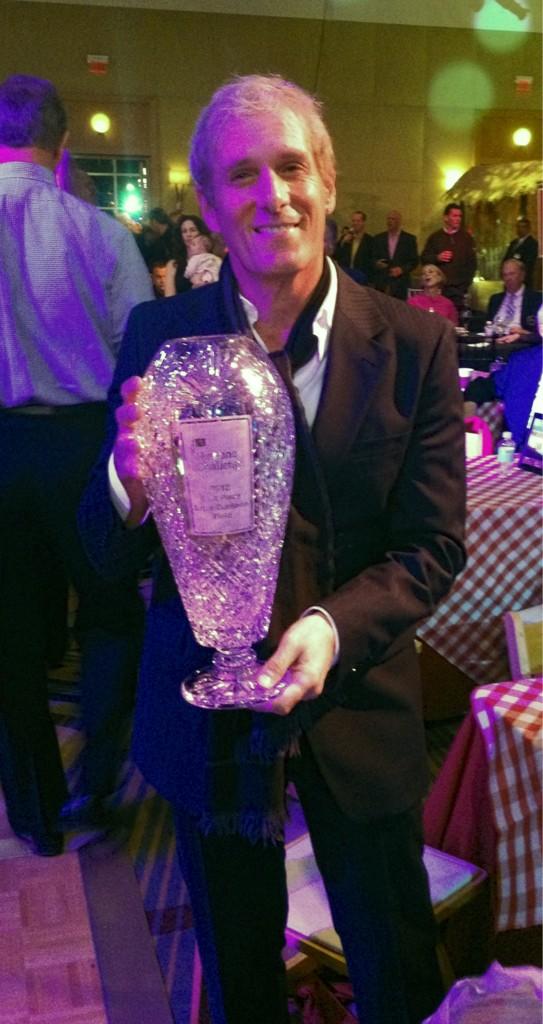 You are great messenger of wonderful  messages !!!!! ... fantastic pic

Hey Sylvia, thanks for all the reports, updates and recaps, much appreciated. Oh and thanks for the description too, take care. Hugs, sincerely, Sylvie from Canada

Now if Michael needs a place to display that beautiful Crystal Vase, I do have a shelve in my bedroom it would look fabulous sitting on. :)

Merci Katia and I do hope you enjoyed the interview !!! :)    The video is from 2010 and is Michael being interviewed on the course and for those who haven't seen it is a good interview and well worth watching !!