Hallo Petra, thanks sweetie! In March, it’ll be 6 years since Michael was here. I don’t want to start doing a countdown yet, though I know it’s a little less than 8 months! Lol  That’s okay: I’ll have plenty of good things to keep me busy in the meantime. The winter will probably be long, so maybe then I’ll start counting down. :D Take care sweetie and thanks again. Hugs, sincerely, Sylvie Qc Canada :D

I thanked Katia, saying Michael concerts are always wonderful and I can't wait.  I told her it felt good to have all my good news being nicely spaced out and thanked her for her kind words. :D

Just want to say, I haven't gotten any info on this so can't post it to the main tour page yet!  Will let you know when I get the confirmed info!

Thank you Gail! I know I already posted everything about it, hope that's ok with you!

MICHAEL BOLTON
March 8 • 7:30PM
Presented by: Count Basie Theatre
Tickets: $89, $75, $65, $49.50, $30
Michael Bolton is a multiple Grammy Award-winning Singer, Songwriter who has sold more than 53 million records around the world, where he continues to tour every year. To date, Michael has seen eight studio albums rank in the Top Ten, with nine #1 singles. Bolton has just released his autobiography, “The Soul of it All,” as well as a new studio album Ain’t No Mountain High Enough: A tribute to Hitsville USA, collaborating with Motown legends such as Smokey Robinson and Valerie Simpson, as well as contemporary artists such as Kelly Rowland and Leona Lewis. Internationally renowned, Michael has recorded and performed with musical icons that have inspired and influenced his own career. He has sung with Luciano Pavarotti and played guitar with BB King. Bolton has worked with such great and diverse talent like Bob Dylan, Lady Gaga, David Foster, and Ne Yo. His songs have been recorded by over 100 artists, ranging from KISS, Barbra Streisand, and Cher to even Kanye West / Jay Z and John Legend. His songs and performances have been featured in numerous television and film soundtracks, including the Oscar-nominated theme song “Go the Distance” from Walt Disney’s blockbuster animated film Hercules.

Just a little info on The Count Basie Theatre in case anyone is interested.

Tony Bennett has called it, “My favorite place.” Art Garfunkel said, “This hall is to a singer what Steinway is to a pianist.” Lyle Lovett said, “This is one of the nicest sounding rooms in the whole United States of America.” The venue is the award winning Count Basie Theatre, listed on the National Register of Historic Places, recognized by the New Jersey State Council on the Arts as a Major Presenting Organization for the State of New Jersey, by Pollstar Magazine as one of the Top 100 Worldwide Theatre Venues, and by Contribute Magazine as one of their Top 200 Investor-Worthy Charities.
Red Bank - Circa 1926
Count Basie Theatre : Home 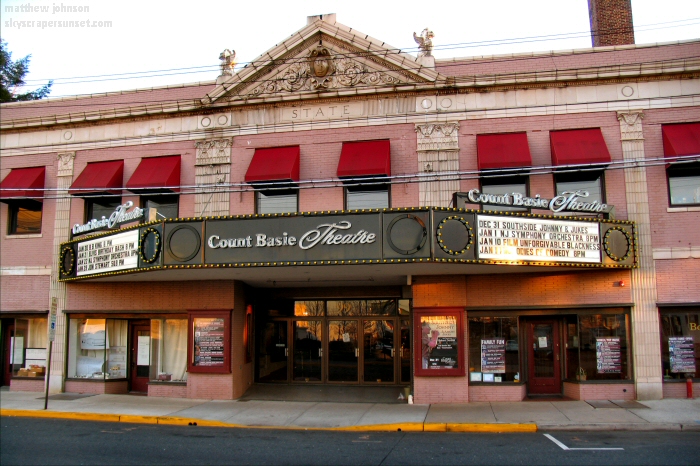 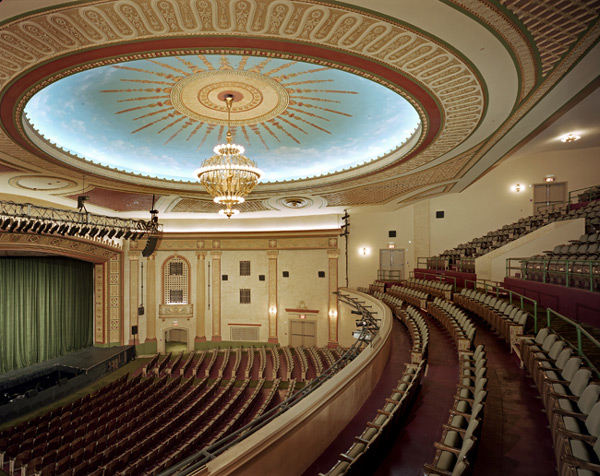 Thanks for those pics Joy and it does look impressive and quite beautiful !!! :)   Also get impression with seating that there isn't anywhere you wouldn't feel a connection with the stage for certainly think you wouldn't feel miles away from.....like it, wish I was going !!! :(

Yes, it's not a huge theatre. You can see & hear well no matter where you sit. We got 4th row, that's the best we could do. But we'll be able to run up to the stage so it's all good! I think it holds about 1000 people.