Permalink Reply by Jaana Stenberg on August 6, 2010 at 4:13pm
Hi all!
Yes, Silvy, it is great to be here, share all 'thing's' about Michael with You all!
Sorry, it took so long for me to write again, lol! But surely You understand, i've been very 'busy' after my vacation in Romania....in here, in his sites, in facebook, and in the 'whole' internet...searching every, new details...ofcourse, about Michael :)) But today I found something; MB's admin had posted 5 new pictures of Michael, from the hotel, in Costanta, Romania. I looked those and felt that now I can 'tell' You, about my 'feelings' in that press conference! I think, I found the best way, to do it!!
Have a carefull look at that third (3.) picture!!! Have You ever seen Michael as HAPPY, relazed and comfortable?? I haven't! I've been thinking a lot, afterwards, what was it?! There was somekind of 'aura' around him! Can You imazine, how nice, lovely I felt...seeing him soooo HAPPY??! As a woman, I've got that strong feeling....something very special is going on...in Michael's life and he enjoys it! And shows it to everybody, too! Maybe, we are going to get some, lovely, new songs from him!??
He spoked so much. But I start about the best (i think) news for all of us. There is going to be a new Christmas cd (incl.some duets)!! He is touring and recording all the time.He is recording...thirdh one (3.)...cause,there was something, ready, but as he said; He wasn't aloud to discuss about it...YET!!! So Florin and I understood, there is going to be 3 new cd's!! YIP-PEE!!! What a great news for us!!
Yes, as You maybe can understand, from my writings, I'm still in that 'sevent heaven', lol!
Fourth (4.) pic is from the hotel too. There was a huge 'lobby-bar' downstairs. We were sitting there too, with Florin, when we were waiting for Michael, to see him, before goes to the press conference. We didn't know then, that they allowed us to enjoy it too! Then we were told, that we can get in THERE!! What a surprice, for me, lol! Can You imazine how nervous I allready was...had been thinking...*Oh, I'm going to SEE Michael at the hotel*! And suddenly I realised, I was in the press conference! Huh, huh, girls (boys, too), lol! Thought...'This can't be truth...I'm only dreaming'! But it WAS the truth! We were standing there, thinking, where are we going to go...where they are going to aloud us to be (haven't been in the press conference before, so didn't know what to do)? And...I had 'that little-flag' with me! I had had a thought, that mayby I can try to give it to Michael, if I see him, on his way, to the hotel. Florin asked (in Romanian language), that do they think, is there anyhow possible for me, to give 'my flag' to Michael, now? And he was told: *it's better, they introduce ME to Michael*!!! I thought 'that now I'm going to die', lol! Then He allready arriwed. He apolocized, being late. He was standing there, in the 'corner'. Then they all went down, sitting. Talked a bit...and suddenly Florin came to me, said; Jaana, now they are talking about you...you go now, show yourshelf to Michael!! So, I made my way infront of him....and the rest is history :) Ok, lol! I know, You have seen the videoclip, about the situation...but, You can't hear, what I said to him :)?!! Heh, heh...infront of everybody...I said....BEIBE....? !!! And he's got 'that toy-flag' now!! I was very pleased, cause I saw, that after that press conference...He took really care about it, that it's going to be with him, lol! (He specially asked one person, to tace care of it!)
Heh, heh, lol! Would You like to have more details :)??
Hugs Jaana xxxx (luckiest girl in the world, aren't I!) 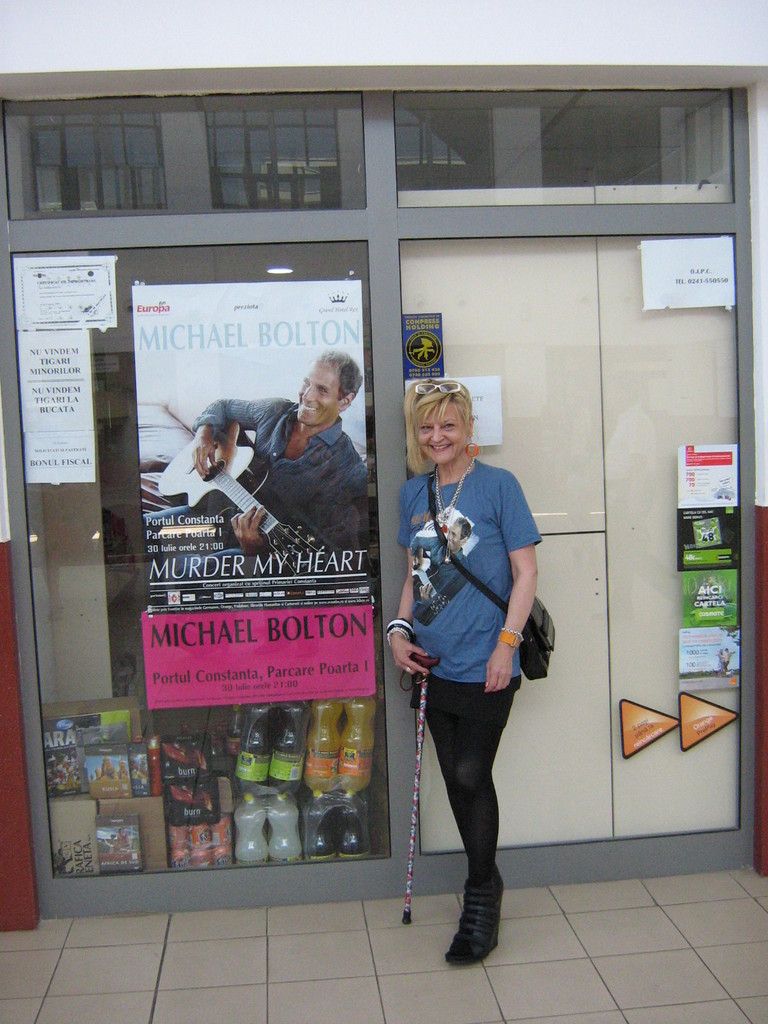 Permalink Reply by Jaana Stenberg on August 6, 2010 at 4:16pm
Some more picks for You, from Constanta, Romania! Use as much as You like, don't mind, lol! 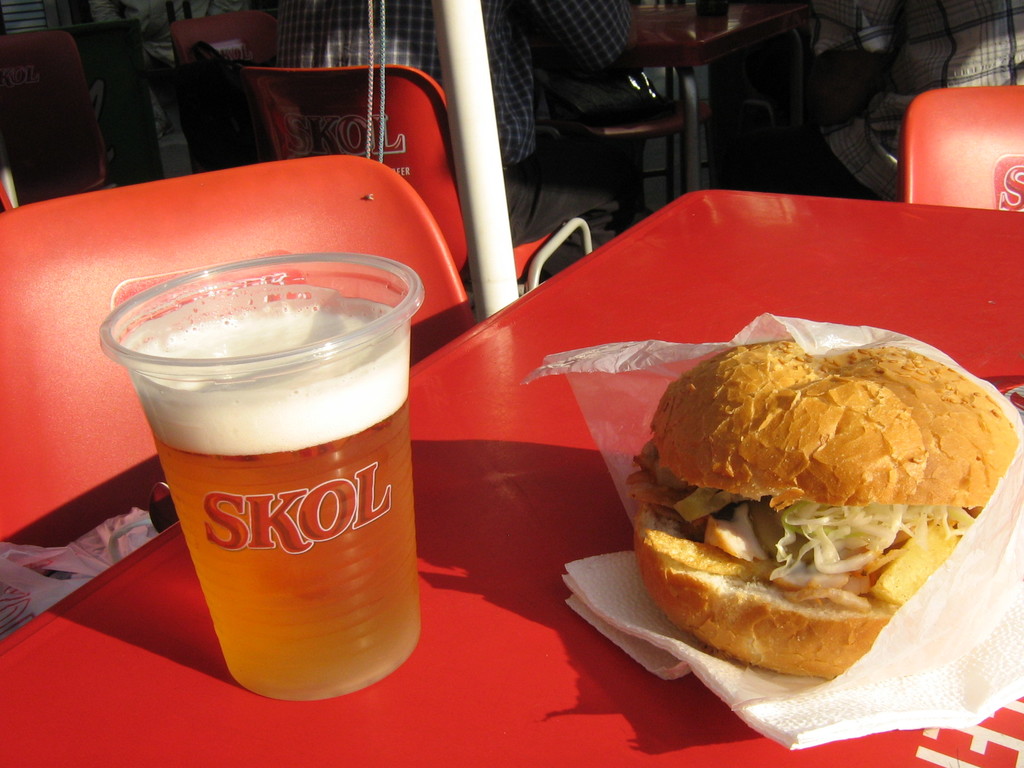 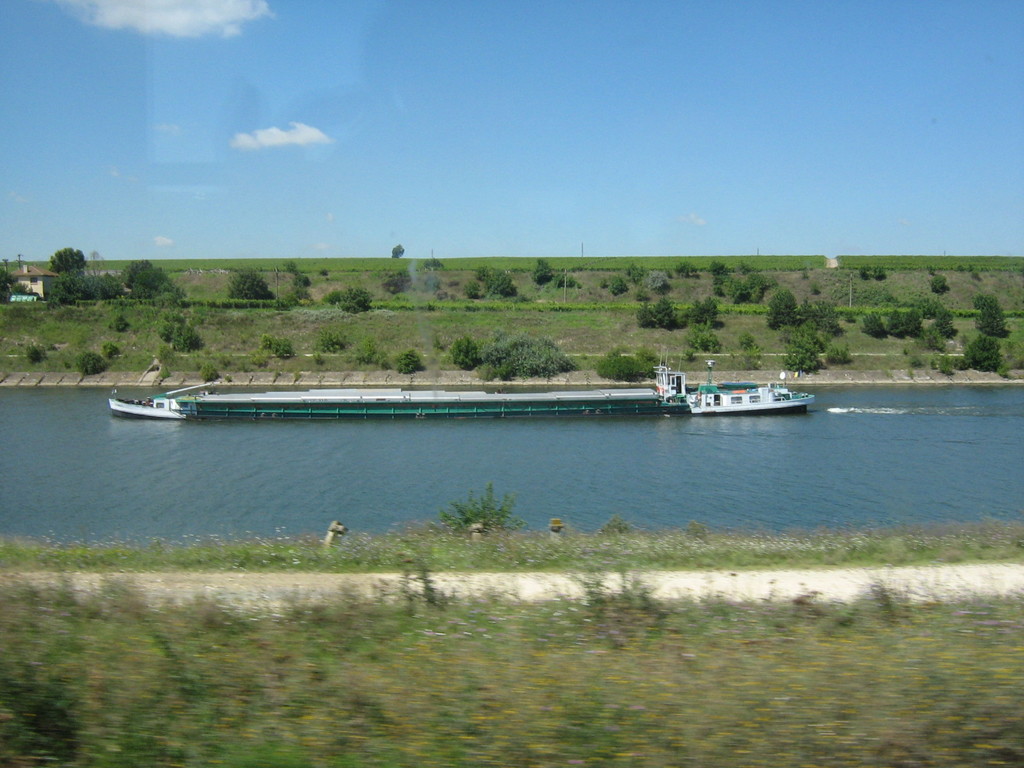 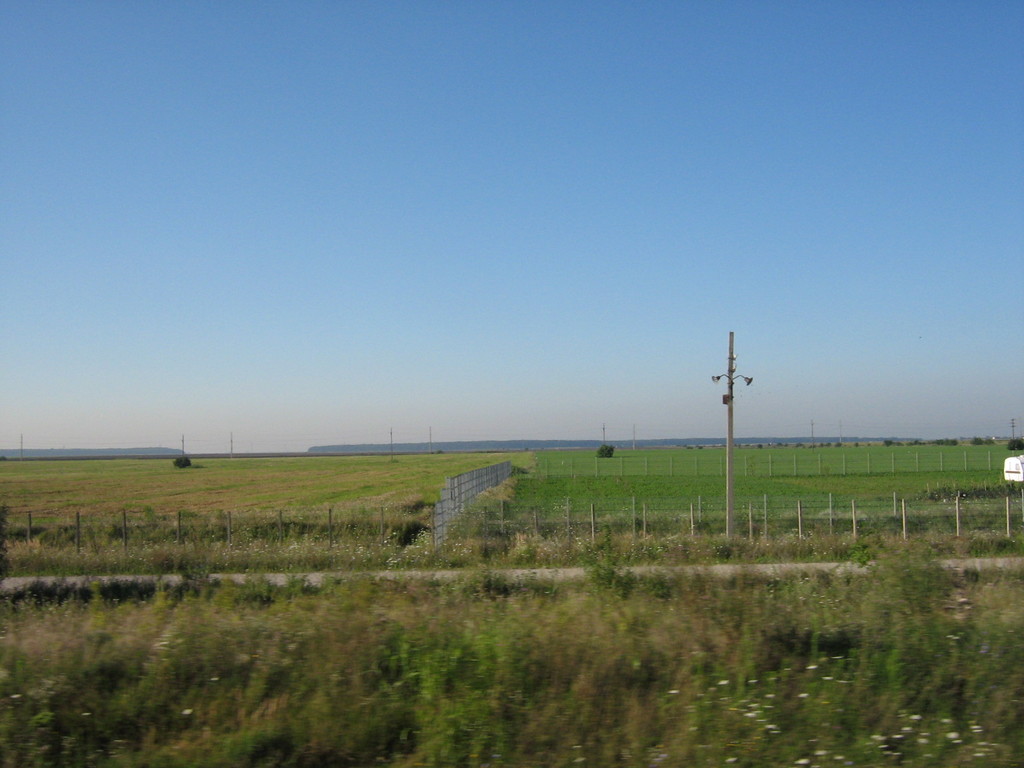 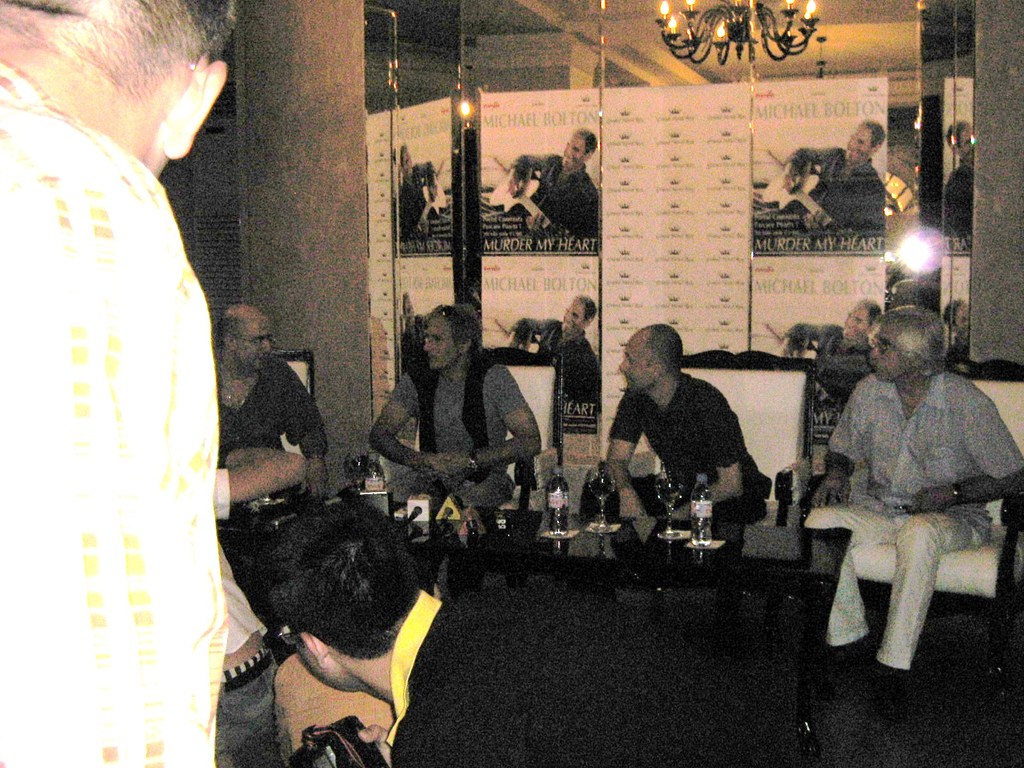 Permalink Reply by Eileen Parr on August 8, 2010 at 3:57am
OH Jaana!! Thank you so much for sharing your wonderful story with us!!!! I can tell you are still on cloud nine! Your one lucky girl! That smile will be on your face for a long long time!!! 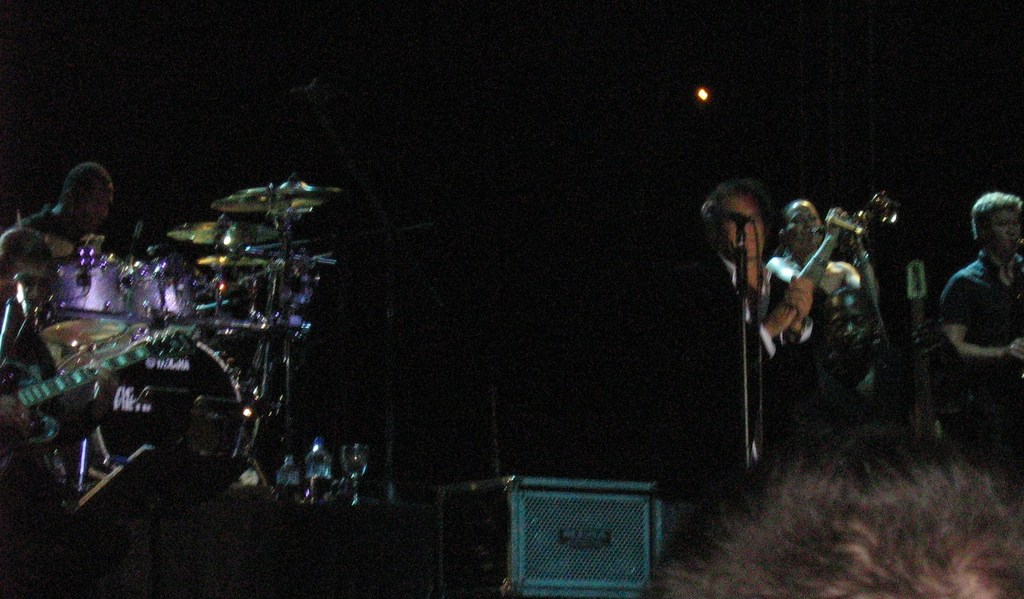 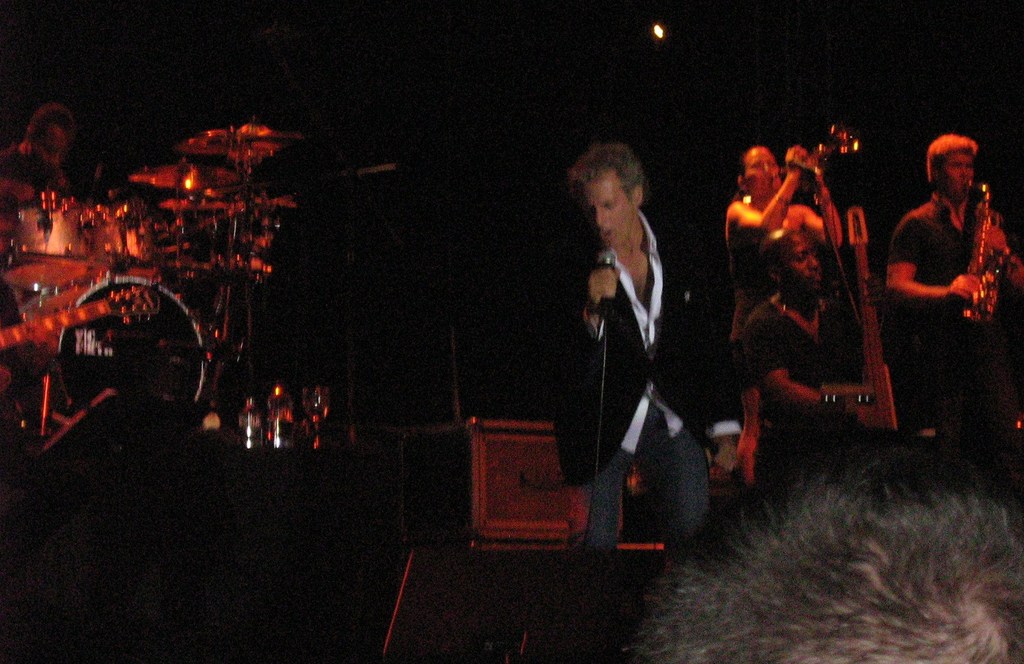 Permalink Reply by Debra Tennet on August 6, 2010 at 5:41pm
Hi Jaana, Thank you so very much for sharing your story. You are still on cloud nine!!! What an exciting time for you. You are so lucky!! Very happy for you and I hope you stay on your cloud for a good long time.