New Music on MB's Horizon (as heard through the Twitter grapevine).

Nearly put this into Miscellany or Someone is recording new album threads and then thought, no, for it has to stand alone for it is something BRAND NEW and so decided to start new thread to take in everything we hear about Michael whether in his song writing, recording or, telling us about his latest endeavours for a latest endeavour, most assuredly, appears to be in the works.  Obviously if this "work" stretches into 2014 can easily change title as can change title immediately if someone thinks of better one or more descriptive one or, if we hear more information and it becomes apparent what is happening.

I have picked up on Twitter a tweet from Jim Brickman, from yesterday, who has taken a tweet from Delta Goodrem (have checked Delta's page with tweet and she sent her's 1 hour prior to Jim's yesterday) and Jim has said:  "2 of my fave duet partners" and then has used Delta's tweet to say:  "In studio with my dear friend Mr. Bolton @mbsings exciting things to share with everyone.  We have way to much fun singing and hanging......."  Delta has also included a picture and it is definitely a new one and I have placed link to it below.  Couldn't bring over picture as it is taken by instagram and security setting doesn't allow picture transfer only link.

Must admit am wondering if a new album or, if Michael and Delta have recorded something which will be included in the Australian version of ANMHE, and she will tour with him when he is in Australia for his promotional work there although would think that should have already been done but maybe not !!   Possibly simple process now to add or put in other songs to a CD before it is pressed than used to be with old albums....mind you, everything is supposed to be simpler in this age of technology, isn't it ??? LOL.

Think you will all agree it certainly appears that more than interesting times  are ahead in Bolton land !! :)

Here is a picture of Michael arriving at LAX Airport, LA yesterday, 7th April....now, was this before or, after, being in studio with Delta ?????  Working out times believe this was after not unless these were taken earlier in day and tweet and picture Delta sent were of them in studio, in LA, late last night into early hours of this morning (8th).....interesting, either way !!! LOL   Have put full set of pictures over in photo thread. 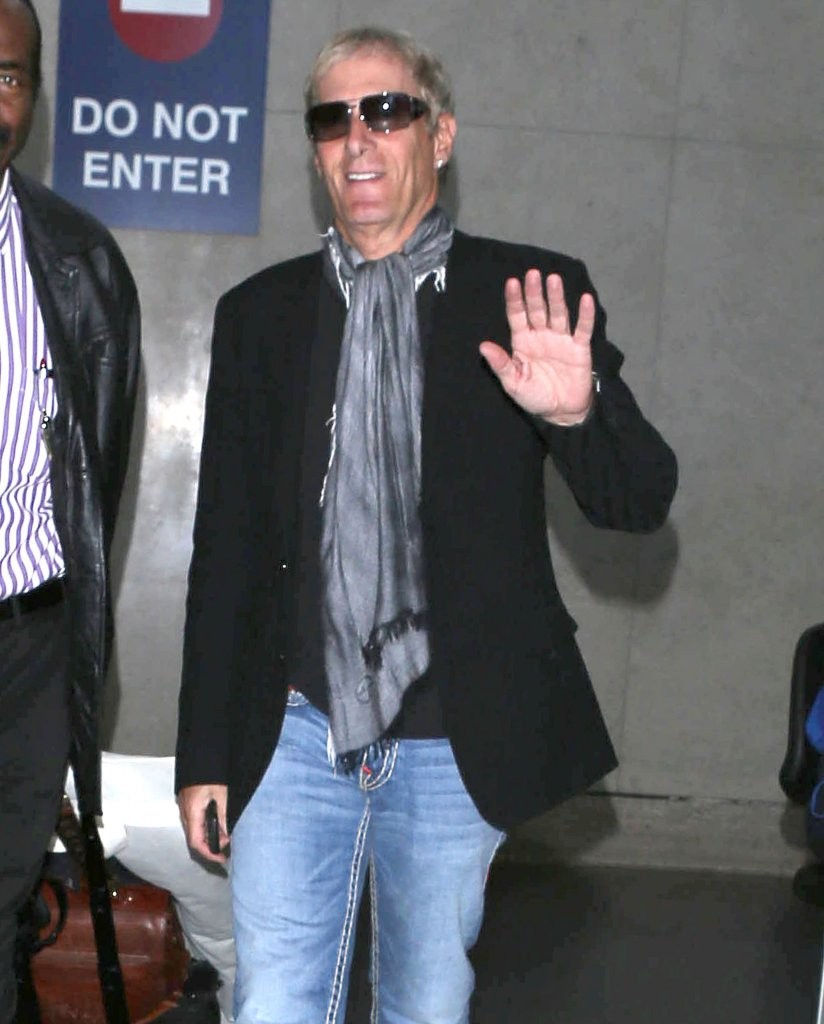 Hi Sylvia, well if Michael is recording with Delta, it's very possible he'd be preparing the Australian release of ANMHE, but I think a Jim Brickman collaboration shifts into a completely different gear, so this should be interesting. As far as the title of your thread, how about: "I heard it through the Twitter grapevine" or "New music on the MB horizon"? :D You have a wonderful way of complicating things Sylvia, but since you bring in so much info etc, we have to forgive you! lol I don't know how you do it, but thanks for keeping us in the loop! Take care Sylvia and have a great week. Hugs, sincerely, Sylvie Qc Canada :D

Thanks Sleuth Sylvia...LOL  Love the possibility of Goodrem and Bolton together singing....or anything else....LOL  She looks mighty cozy I say and he looks mighty happy I say....lol  She cut her hair also :)))

Somehow do not believe Michael would have time to be a mentor on the show Matthieu but maybe he does put in an appearance and possibly him and Delta were in a recording studio in Australia for maybe MB flew there after golf and him arriving at LAX was in fact him coming back home (it does look as though it could be international area in airport that he is coming through not local) because I didn't think Delta has really done very much outside of Australia since she went back home after her relationship with Nick Jonas (?) broke up but at same time it would have been a tight fit, to say the least, if that was the case for Michael but the way he travels about anything is possible !!! lol.   Need to keep eyes and ears open to see what follows !! :)