Yes Robin Michael comes on at 2.14 hours and there is a time limit with it being available for next 28 days.to listen to.

Michael has sent below tweet with video of "Old Time Rock & Roll" from the Netflix Special;which has been uploaded to YouTube by The Lonely Island on 14th February.

OTR&R was funny. Thanks for the link and all info.

Michael has sent below tweet with gif on his birthday

From the bottom of my heart! Thank u for all the birthday wishes!!! a new year young!!

Gif is of Michael saying "Thank you" and touching his heart.

He also posted this comment with pic to his FB page...

Thank u for all the wonderful birthday messages!!! So grateful to have such amazing friends, fans and family. 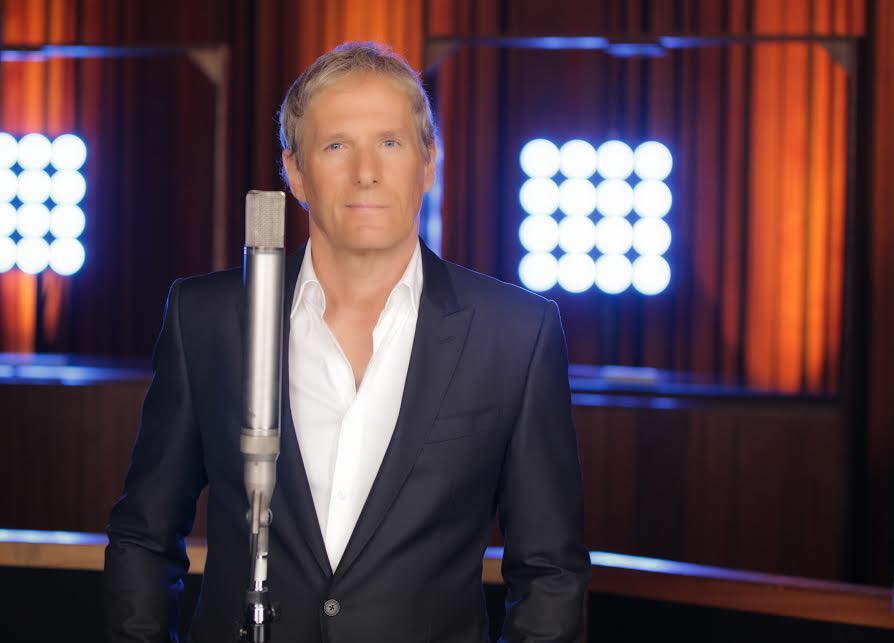 Pic is from his latest Birthday video for American Greetings,

Hi all!  Here is a short video of Michael talking about his distrust for digital devices and his love of his fan taking pictures at his concerts

thanks, Gloria. I'm going to embed this video here so everyone sees it and can play it.

Thanks ladies!!  I have a blast taking photos at the shows...Hope MB continues his photo taking approval.. He has said before he did not want vids but with technology today its natural for fans to take vids too.

Thanks a million Gloria and Gail for this video and have to say, whilst totally understanding, on a professional level, where Michael is coming from ... BUT .... from a fans point of view very disappointing especially when in certain areas of the world fans get very, very little chance and in some areas, no chance, of seeing him live and amateur videos are only means they have to see him on stage.

Would say, with Michael's views, then he has to consider making far more DVD's of live performances, or, sorry Michael, but fans are going to forget what you really look and sound like live and eventually interest is going to wain.  A view point like this is also not going to draw in the young who live in the digital world.  If we, of a certain age, can't catch up or ACCEPT the digital world, then we are lost.

By not accepting and embracing totally we are not going to revert anything, or anyone, back to what we loved and were used to.  Everything moves on, whether we approve, or not, and where the quill, ink and blotting paper have all but disappeared in our world so too will paper:  we will not and possibly a couple of generations below us will not see BUT it will happen.

Believe me when I say I am not criticising Michael in any shape or form for I love the man dearly but many people (and it is just a human trait) become "stuck" in their own generation (possibly because they have loved it so much) and I believe Michael is one of those human beings;  he is farsighted in many things but is narrow minded in others.

Just to end by saying I obviously have voiced my strong opinions on here but also, if got opportunity to talk with Michael, the exact same opinions would be aired .... the old adage applies; I'm not saying anything I would not say to the man's face.

Short article with video on Michael's reason for agreeing with pics being taken but NO videos.  Just to say although this video only uploaded to YouTube this was in fact done in 2014 when Michael was in UK on Promo Tour for same background as when he did an interview for one of our Sunday Newspapers and the interview was included in the supplement along with pics.

Here is a great interview.