It has been brought to my attention that the old "New TV Appearances" thread has disappeared and after checking I'm not finding it either. I'm not sure what happened to it so setting this one up and hopefully the other will return.  Sorry for any inconvenience but I have no idea what happened to it.

Here is a link Paramount Network have put out and I believe those in USA who were unable to watch Lip Sync Battle through that network can nominate a channel of choice to view show through.  Not 100% sure of how it works for I am only getting up "not available in your area" but do believe it contains a list of channels obtainable in USA.  Hope you can all get to watch and enjoy !!! :)

Michael made an appearance on Stephen Colbert's, The Late Show, last night when he did an imitation of John Bolton, President Trump's National Security Advisor.

Have to say please do not turn this into a political discussion, in leaving comments, for this post is purely reporting on what Michael has done recently and his political persuasion is NOT up for discussion.

This skit has come about because Twitter has been alive recently with tweets saying Michael should hold post of National Security Advisor and simply because of the surname "Bolton".

Here is link to vid plus pic of Michael imitating John Bolton which Stephen Colbert has tweeted. 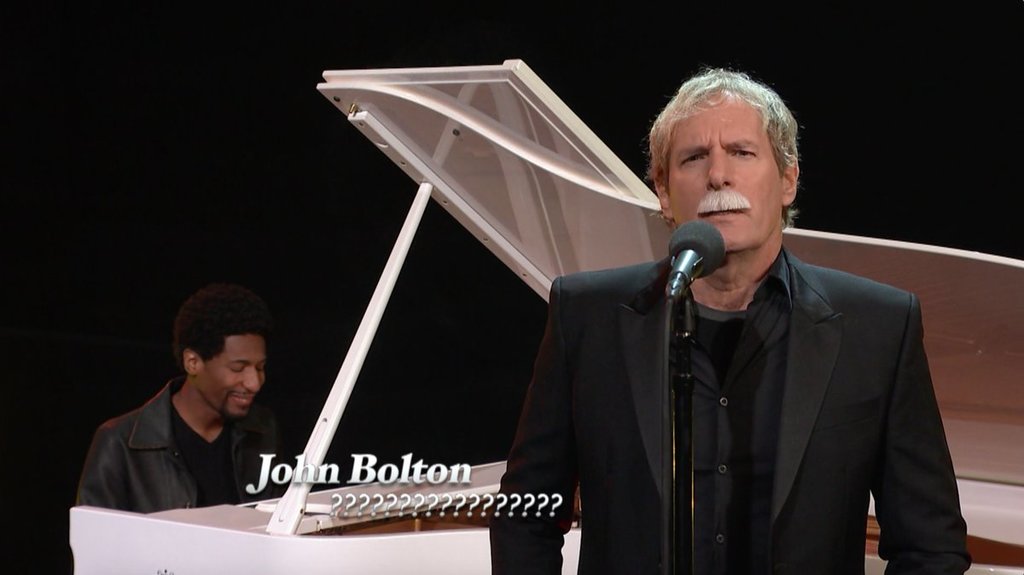 It is looking like Michael will be on The Talk, May 3rd.  Check your local listings for time and channel.  I'm checking to make sure.

Thanks, Gail. I'll check now so that I can set our DVR to record.

Thanks Gail! I set the DVR but it didn't say who was on yet on the online guide with DishNetwork when I looked.

I still cannot get logged on here with my phone so just now able to reply on the laptop.

Thanks info Gail and just to say I'm getting no notifications about anything on website but I am able to sign in again using Google Chrome,

IT is working ok for me right now and just got an inbox notification...but now AOL is down!!  Can't win for losing!

Just so you know I've gotten word that The Talk is still not totally definite so hopefully will let you know when I hear.  Better check it or record either way just in case! ;)

Ok I am able to log in on my phone too.Hope it lasts. AOL is ok on my end.  I set my DVR in case for The Talk.  Thanks Gail!!

Hi all!  According to The Talk website Michael will be on Friday May 4  not Thursday May 3   THIS IS NOT CONFIRMED   I have message Gail for confirmation   Here is the link

Thanks Gloria!  My online guide for DishNetwork has Friday May 4th listing MB on also discussing his documentary!  Thanks for the heads up!