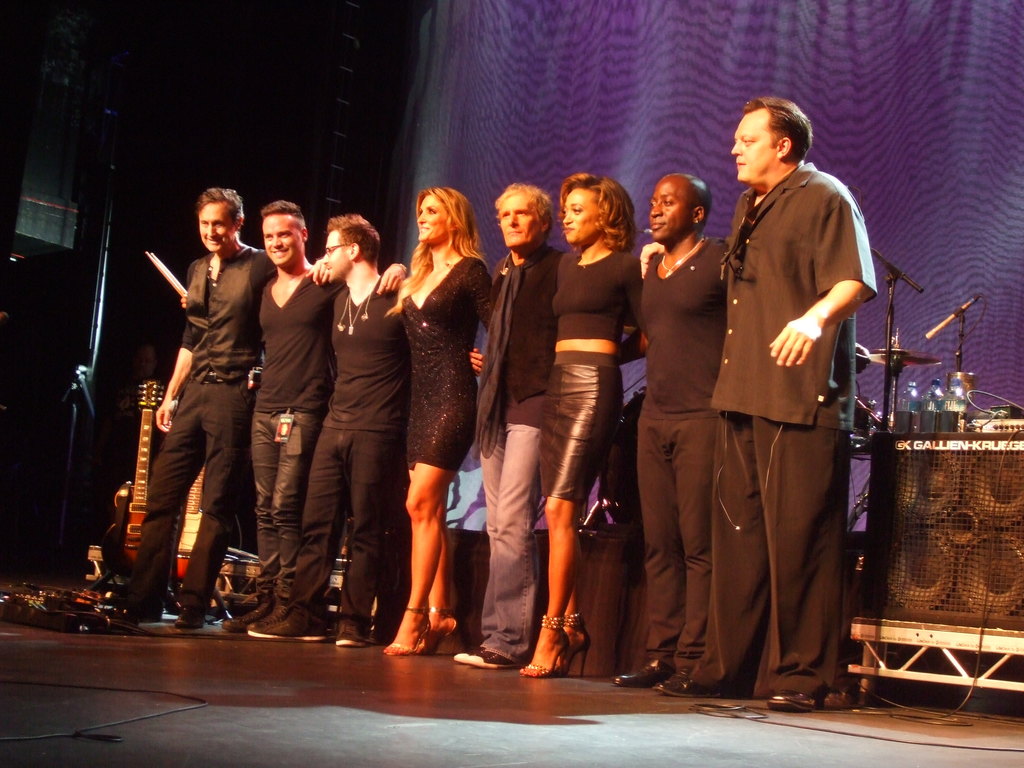 My top 5 songs would be:

4. You murder My Heart

*** If I could request a song that his voice is perfect to record ... they're are 2 versions I like: "For Your Precious Love" by Oscar Toney Jr & Jerry Buttler. if he ever did this song... I'd never ask for anything else in my life!!!

Thank you Sylvia... You are really great to do this!!!

Hi Tammy and thanks a million for coming in with your 5 songs but it ain't just me doing this another two reprobates involved....LOL  At least can get that list going now...thanks !!! :)   Believe idea of what other songs we would love Michael to record maybe an idea for another thread sometime but could imagine that being a little bitty rather involved !!! lol

Stand up for love

You don't know me

Love is a wonderful thing

Thanks this is fun xx

THANK YOU for voting Lynne, Tammie, Florin, Dawn and Caroll !!

LOL....good try Robin R!!! Are you trying to double our work??? ;) I will stick out my neck here and say no....we aren't accepting 2 sets per person!! I could be wrong as Sylvia and Petra haven't seen your question yet....so Keep Dreamin'....until they also answer ;)

I'm cool with that Kathy. I don't wanna break rules here so which ever 2 y'all accept is cool with me. it makes sense. Oops. My bad.

I have seen Robins question and not counted the second voting! Sorry Robin !!!

Fools Game
I Almost Believed You
Soul of My Soul
I'm Alive
Track of My Tears.

Permalink Reply by Dawn Clapham on October 30, 2014 at 7:36pm
My favourites (although I love all the songs)

Thanks for voting and they have been registered.  Thanks Lynne, Florin, and Dawn and of course Tammie your votes are registered too !!! :)