Michael will start a promo tour in the UK next week to promote the launch of his album The Very Best of/Gems album to be released in the UK http://www.amazon.co.uk/Gems-The-Very-Best-Of/dp/B00736E7GW/ref=sr_....

Hi Gail, thank you very much for posting this. I would just like to add that this contest is open to U.K. residents only. Take care sweetie. Hugs, sincerely, Sylvie from Canada

Thank you Gail, I entered too so as it's just in the UK maybe Sylvia and myself are the winners!!!! *just joking*

Below is another link to a competition to win copies of MB's "Gems - The Best of" CD which I have just spotted over in FB and it is open to other countries not just the UK but it is dependent on you being a user of FB !!

Thanks, Diane, for all the leg work...this is great!  Gail

No problem Gail, I enjoyed it, which is a little worrying!   di

The "boy" has just been on and what an interview .....WOW.....he looks fantastic ......beautifully tanned and hair highlighted and now being taken over to side and wearing classic uniform, dark jacket, white shirt and denims but the jacket was gorgeous ....looked like pure velvet cord ....only way I can describe it.....beautiful almost what I would be inclined to term a "smoking jacket"  !!!    Showed old video clips and then started talking about his singing technique and also, believe it or not, all about the hair and him growing up in New Haven with Orrin and their long hair and how it was not accepted, then about the rock and roll years and Ozzy Osbourne and then onto DOTB and then, a REVELATION, for Michael CANNOT whistle as it was asked why the whistle had never been put into his version and he admitted he cannot whistle, has tried but can't, then a little about Bill Clinton and then onto opera and Pavaroti and his show with him and Bono etc. and about his meeting with Lucio and then they played a little segment from old video of WAMLAW and then talked about taking care of his voice and Michael said that he had to live a disciplined life, no partying with the band afterwards, in order to ensure that he kept his voice in perfect order which we all know it most certainly is and then unfortunately the interview came to an end but it was nearly 9 minutes long.....9 minutes with MB.....who could ask for more !!!!!! LOL.   Away back to listen to it for about the 20th time already and it is only 9.30 a.m.

Know this is far from perfect but at least you can see one smile that we here in the UK got to see this morning apart from plenty of beautiful little chuckles too.....it is off the telly so apologies for quality obviously !! lol 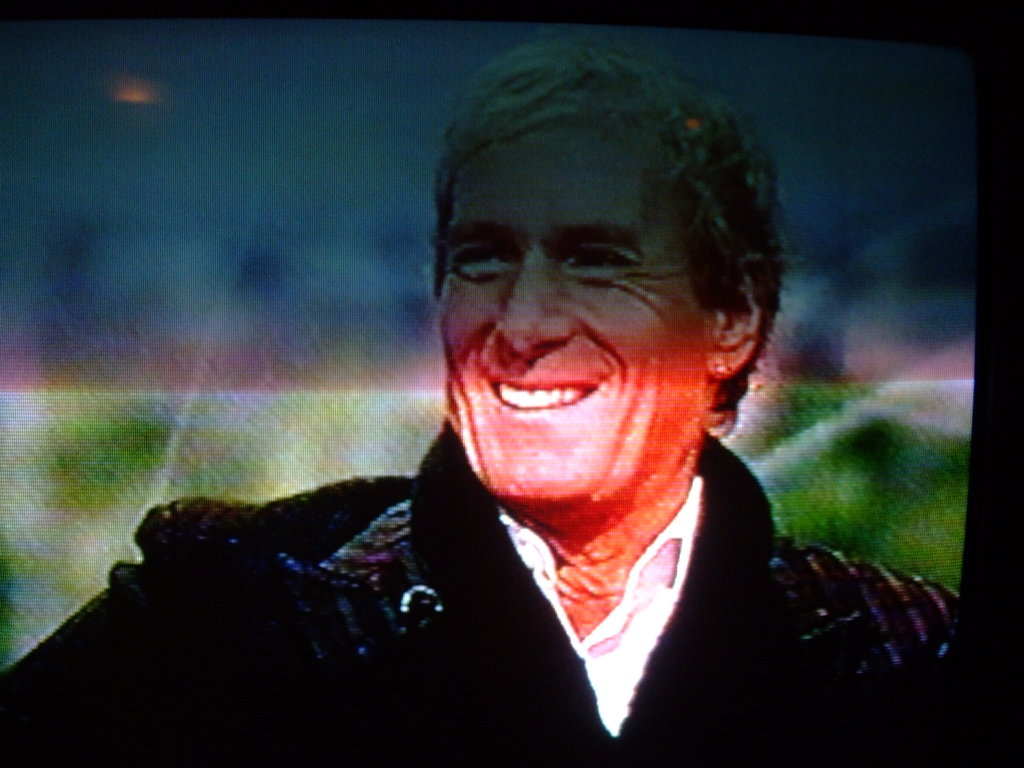 THANKS Sylvia.. I didn't know he couldn't whistle either!! I appreciat the screen capture too..Looks like an intersting jacket he had on.. He's had his hair to the side like that a little while, was like that in Chester. Iike it a lot too...

Keep those reports coming. Thanks so much.

Should let you know that if you do happen to get to see the interview, for those who already haven't, one of the presenters, Sian Williams, did not know that Michael sang opera and was to say the least most surprised when he mentioned "Nessun Dorma"......I will not tell you what I called her.....I hope now that she has heard him sing "Nessun Dorma" as she got an e-mail with a link plus a suggestion that she listen to "My Secret Passion" .........have a guess who from ???? lol.

Hey Sylvia, thanks a lot for the run down of the show. Wow, there’s a piece of info we needed about him not being able to whistle... :D Take care Sylvia and thanks again sweetie. Hugs, sincerely, Sylvie from Canada

I didn't know Michael couldn't whistle either, but watching some really lovely clips of him singing over the years, he doesn't need to whistle :)

Was 'Lean on Me' released as a single?    It looked like a clip from Top of the Pops, but I don't remember it - no surprise there!

Thanks for the pic, Sylvia.