Hi again Jan, thanks for your reply. Good for you getting your hubby to go and kudos on your great seats! Gabrielle seems to have been a hit with everyone in the U.K. and I’d say most reviews have been kind to Sam. Wow, thanks for your setlist and you did get lucky with “Steel bars”, because he doesn’t seem to sing it as often, according to fan reports. I’m glad for you all that you were able to get to the stage, even though the crowd was subdued. Your message could have waited for tomorrow sweetie, so thanks very much for replying right away. Goodnight Jan and thanks again for sharing. Hugs, sincerely, Sylvie Qc Canada :D

Permalink Reply by jan ashdown on April 15, 2016 at 12:47am
More from cardiff
Attachments:

Another very nice pic Jan. Thanks for sharing here! Feel free to make an album in the gallery too if you like.

Permalink Reply by jan ashdown on April 15, 2016 at 12:58am
Hi Robin I've got loads of photos trying to make an album from my iPad but not successfully!! It's midnight now and I've got work in the morning (hmmm) I'm still buzzing but must get some sleep! I will try tomorrow

Hi Jan, Thanks for your awesome review & for telling us some of the songs that were done. Neat the photos that you sent.

Permalink Reply by jan ashdown on April 15, 2016 at 5:51pm
Hi Robin. I couldn't remember all the songs last night! When we went down the front an a4 sheet of paper with the set list was stuck to the sound thingy. I pointed it out to my fab new friend who I met there. We wondered if we could nab it. It was right by us at Michaels feet. She said its your idea you have it. I said no as she had travelled from Essex about 200 miles away. We waited till Michael had taken his bows and was leaving the stage. She got it! She's going to email me a copy and when I get that I'll put it on here. Interesting to see. A typed up list with exact timings of each song. One was crossed out must have changed his mind.x

Permalink Reply by Robin on April 15, 2016 at 6:08pm
Hi Jan..They print up a standard set list every show.. I collect them when I can. I have quite a few of MB's copies. But it is not always what they perform. MB can change it and he does quite often...LOL.

I am glad you had a fun time.

Thanks Jan for your review and your wonderful photos!! Sounds like you had a great time!!
Kathy and LAFD Bob

Hi there folks and thanks a million for the beautiful pictures Jan and so glad you enjoyed the show for AWESOME it certainly was.

One thing different on set list was he closed with Steel Bars not Georgia and it was fantastic.  He also sang To Love Somebody which he did in Bristol too it was only Brighton with LIAWT

He also left introduction on band until end and when he introduced Drew he said, kind of quietly, it was Drew's birthday and I shouted out Happy Birthday Drew and then someone up in the gallery shouted out too and suddenly we were all singing Happy Birthday and Drew looked absolutely delighted and Michael sang along and then finished it and he said "well, that was a first !!!"  He then introduced Nelson and he asked him if it was his birthday by any chance.  It was an absolutely brilliant and lovely moment !!! :)

When I met him and thanked him for another terrific concert he said, "yeah, but what a fantastic audience !!!"   AND, AND, AND folks I asked him about album and he said when he gets back in May he will be REALLY working on it.  He said he doesn't want to say anything on it right now and definitely not release date as he doesn't want to put out false information.  The end of conversation was really quite funny for, believe it or not, I was trying to back away from him because I knew for sure my time was up and he was still talking to me in repeating that he didn't want to say anything and give out false info and I was saying to him that is fine Michael that is great and thanks for saying, in May, you will be working on it again and I wished him good luck.

I didn't take as many pics this time because I took one at beginning of Milo and JP in corner and security saw the flash going off and came round and said for everyone to turn the flash off. I tried taking pics without but they are hopeless so it wasn't until later on a few flashes were going off so I reset my camera but I only took a few and kept space in between long enough that they wouldn't be able to suss out exactly where flash was coming from. I took a few at the stage but trouble was we were kind of jammed packed apart from everyone wanting to dance so movement pretty erratic as well as you could feel the vibration on the floor so my hand wasn't steady enough but here's a couple 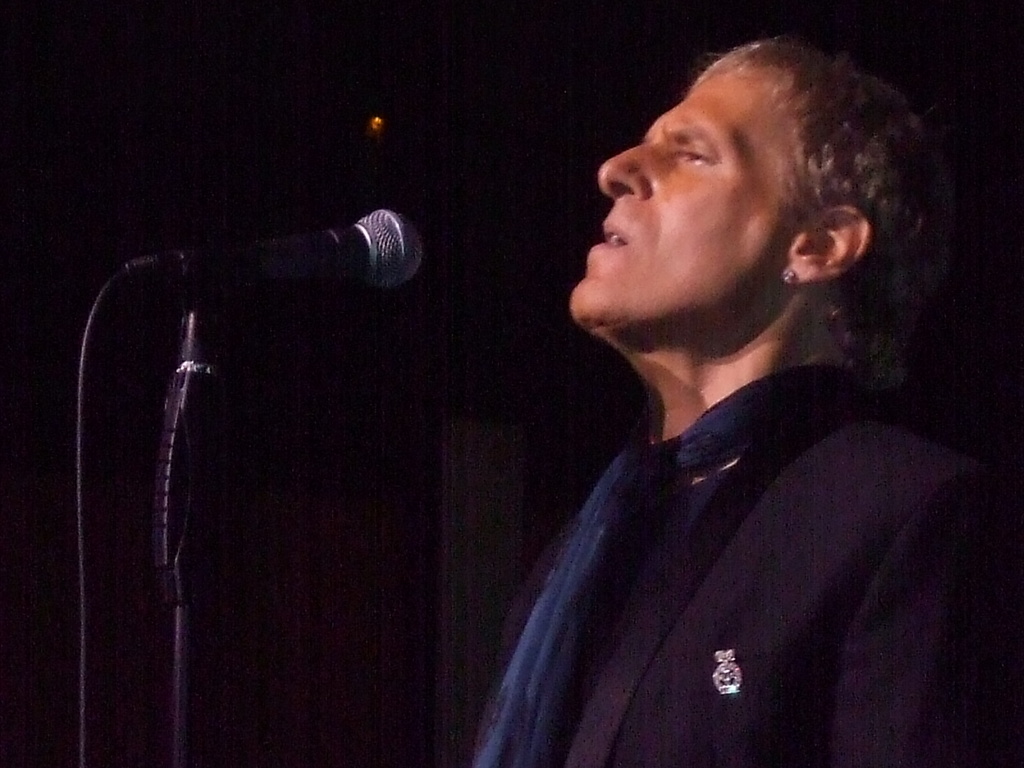 Thanks for the review Sylvia. I hope he can work more on the album in May. That's promising news!!!  Yeah you gotta watch the dang security at some places, if you use a flash early on they find you. Sometimes I wait and turn it on later. I can take them w/o it on motion setting on my camera depending on the lighting and how close I am in the front by the stage. I can imagine the floor moving with you all at the stage too, I'v'e had that happen and you kinda gotta give up pic taking at that point till it calms down a little. LOL.

YES Love Steel Bars.  This one I take it is of Sweet Home Chicago. LOVE THAT ONE!!!

Thanks for the info on the album.

Hey Sylvia, I had to get on here to see if you had kidnapped Michael yet, LOL! Sounds like you are flying high on your Cloud w/Michael & the Band! So happy for you:)! What a Birthday Party for you!