Thanks Silvy and I did see in tweet Abba mentioned but didn't connect.  Thought I recognised her but she looks so different although absolutely fantastic.  Wish her, Agnetha and Michael would do something....that would be a WOW !!! :)

"Wow!! Zermatt in Switzerland was so beautiful. Those mountains!!! Great loud audience at the show. Off to Germany now for more Songs of Cinema promo!!" 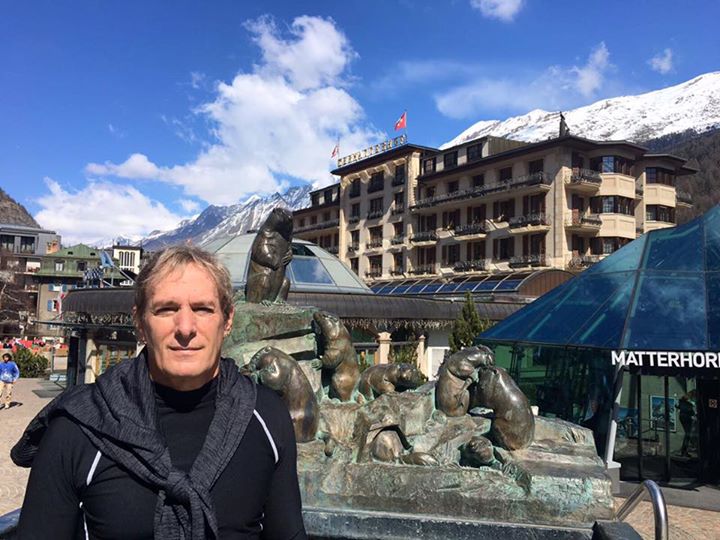 Pic shows him standing in Zermatt in front of what looks like a water fountain, although not on, made up of rather large otters doing what otters do.  In the background is a hotel which I believe the sculpture belongs to and you can see at back of hotel are the mountains covered in snow....it is a beautiful picture and rather intricate with what has been captured for, although a small place, some gorgeous and beautiful buildings and they are all centered near each other as it is a town where no cars are allowed so do not have wide roads to accommodate them for roads are for pedestrians only,

Michael: the voice, the man!

The concert of Zermatt unplugged was great, a special one! 2 hours of music. Just for this concert

the band had an extra Swiss percussionist and  acoustic guitarist, plus 3 Swiss BV (all women).

MB sang songs from the new album (songs of the cinema) as well, a song of Frank Sinatra, played  a duet with Sam  (The Prayer: standing ovation)  and I loved to hear for the first time live the song:  „Ain’t no mountain high enough“. In the afternoon I was outside the place (a huge circus Tent) and I heard all the rehearsal  (an hour and half)  and I knew that it would have been a hot evening :-).

I saw the BV girls going out and then a woman and I thought: „Mhhh she seems Gabrielle, no she’s not her, no it’s not possible“, well SHE was her. Michael sang a song with her! I was so happy, so excited. I love her voice. This is what I suggested to MB on pledge  music campaign back in 2015:

what about the film "LOVE ACTUALLY" , the song is "Sometimes" by Gabrielle? and it could be also a great duet :-)

My favorite song was: „Stand by me“.  When he sang: „When a man …..“  fortunately he was standing on my side, so I could see him very well. Some fans had a  funny poster, on it, it was written: „let’s talk about grandchild“  and M. laughed singing.

Then somebody (a male) said: „I love you Michael“  and he replied „I love you too wherever you are“  and people laughed, it was funny because we  and M. didn’t see who was. The only bad thing was that people wasn’t keen to dance :-(

After the concert I met JP (very kind guy) and I saw the BV girls. Then I met for the first time face to face Michael. I was waiting outside with another girl and her boyfriend.

We saw him briefly. He had to wake up very early the following day in order to go to Zürich and then fly to Germany.

I introduced myself and gave him my hand and he said: „ohh you have a cold hand“  yes, I had it but I was so happy to see him that I didn’t realized it,  it was cold in the evening outside. Zermatt is in the middle of the mountains. I gave him a card and told him that I loved the concert. I didn’t take photo because I preferred to speak with him. He was very elegant, so handsome, so cool! MAGIC NIGHT! I wish you were all with me.

I have a video and some photos, I’ll post them tomorrow.

p.s. the photo of Michael posted on Facebook in Zermatt it was taken in front of his hotel.

Hi Silvy, so good to read you on here, thanks for your review!  Cool you were able to hear the rehearsal and thanks for giving us an idea of the setlist. It sounds like it really was a magical  night: a 2 hour concert, a duet with  one of your favorite singers and meeting Michael! Yeah, I wish I’d been there too... :D I’m really happy for you Silvy, thanks so much for sharing sweetie and I can’t wait to hear your video. Big hugs to you, sincerely, Sylvie Qc Canada :D

Permalink Reply by Robin on April 8, 2017 at 3:32am
I loved reading your review Silvy! I am very happy for you.. Way to go meeting Michael after the show! Love that he held your hand!! Sounds like the show was awesome!

Thanks so much Silvy for a terrific review and so, so pleased for you that some of your dreams came true.  Magical to have heard the rehearsal and so pleased you got to meet Michael and Jason as well; he is a special guy !! :)  Thanks also for clearing up about "extra" members in band for was wondering if they would be permanent to compliment new CD.  Pleased too you got to hear Gabrielle live for she is a terrific singer, love her!!!

Thanks again Silvy and hope you have recovered from your Bolton Adventure and hope too you stay on that beautiful "Bolton Cloud" for as long as possible !!! :)

thanks girls for your comments! still thinking of that MAGIC night!

here for you the video. 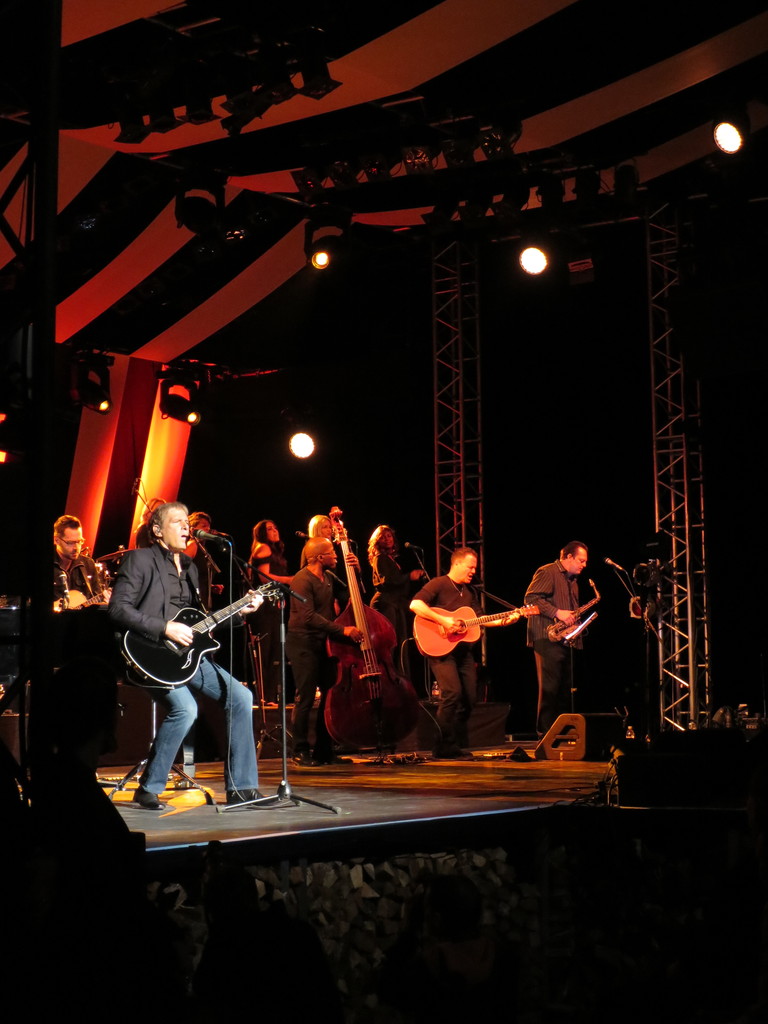 here some photos of Michael with the band, with Gabrielle, with Sam. Then in the middle of the venue singing "When a man ...." 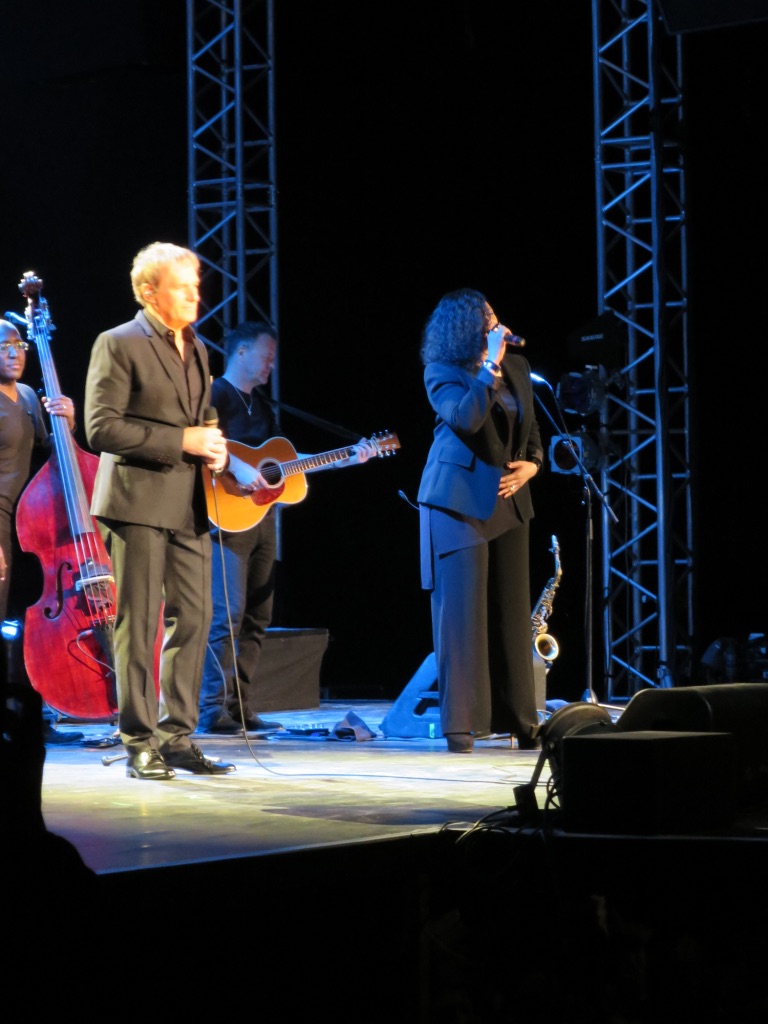 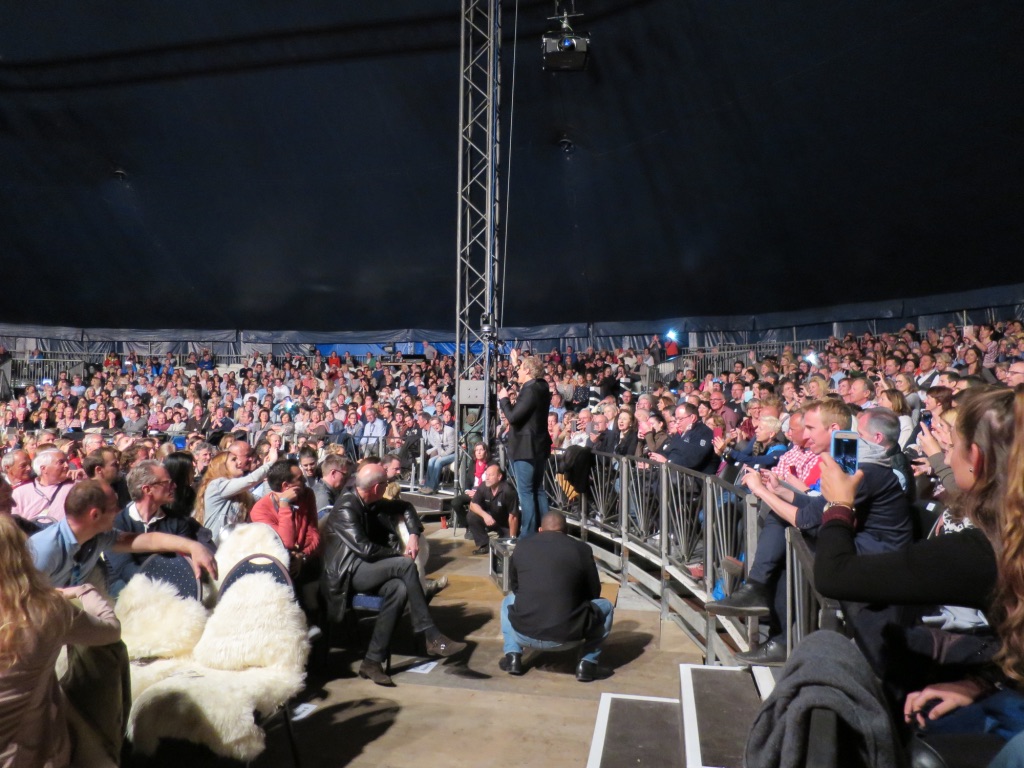