Permalink Reply by Gail on October 31, 2011 at 1:02am
Once again, Pilar did a wonderful interview with Ruki Garuba of Michael's band for the Spanish newsletter and we wanted everyone to read it so she has translated it into English for all of you.  Here is the inteview link below. Ruki is actually Michael's wardrobe stylist.  Great job Pilar, thank you!!  If there are any of you on the forum who are Spanish speaking and would like to read Pilar's newsletters and website ..please check it out she does a fantastic job.  http://michaelsnews.jimdo.com/ and on facebook http://www.facebook.com/michaelsnews
Attachments:

Thanks Pilar and Gail, it's a great article!!!!

Thanks!!!! Just helping to spread the magic of Michael and his incredible band and crew to the world!!!! Hope you like it!!!

LOVED reading it. I've seen this lady with MB and now I know what she does!!! :)

Thanks Gail, Pilar has a great newsletter..She does a lovely job!!!

This is the new song written by Tre Balfour, former MB band member as percussionist, that has been made for singer Nodesha...

I got a note from Tre Balfour today. He wanted me to let all of you know he was doing great and producing the new artist that Pilar posted here about.  He sent this link for you to hear the unoffical new song.  He said to tell all of you hey and he misses all of us!!

Another note from Tre:

Now does anyone remember Jessy J?  She has another album out and here is an article that mentions Michael: 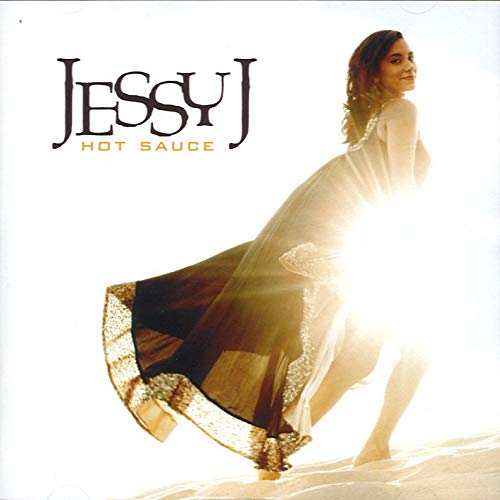 Hot Sauceis the third album by renowned smooth jazz artist Jessy J. Not to be confused with the British singer/song-writer of the same (but differently-spelled) name, Jessy J—the J stands for Jazz—has made a place for herself in the contemporary jazz world, and her music is funky and fun.

Jessy J grew up playing the piano in California, where she won the Piano State Competition at age 15. She went on to attend USC and graduated with a degree in jazz studies and a commendation as the Most Outstanding Jazz Student. Despite popular opinion that it is extremely difficult to make a professional career in music, Jessy J proves that this is not always true. Her career took off after graduation, and it has allowed her to perform with such artists as Michael Bublé, Michael Bolton and The Temptations. She has also been featured on the covers of two prominent jazz magazines and won Contemporary Jazz Song of the Year in 2008 for her song ‘Tequila Moon.’ Jessy J is not only a recording artist; she also has played in Carnegie Hall with the Latin Jazz Project and performed in an off-Broadway production of Blast!

On Hot Sauce, Jessy J proves that her hard work as a professional saxophonist has paid off. Most of the songs are short but soulful, while the final track ‘Last Night’ spans a long eight minutes. The album is comprised mostly of smooth jazz tunes, meaning they share similar rhythms and instrumentation. However, the listener remains captivated due to the incredible addition of Jessy J’s solo saxophone and the change between solely instrumental tracks and those with vocals.

The title track, ‘Hot Sauce’ is one of the best songs on the album. It combines jazz saxophone with Latin beats representative of Jessy J’s heritage, and the rhythms are enchanting. However, I can’t help but be drawn to ‘We Kissed’ and ‘In a Sentimental Mood,’ two tracks the feature solo female and male vocalists, respectfully. Both have the perfect combination of slow, cool rhythms and beautiful vocals, and ‘We Kissed’ in particular is fun and romantic without being sappy.

The album features prominent jazz musicians Harvey Mason, Ray Parker Jr., Paul Brown, Joe Sample, and Saunders Sermons. Hot Sauceis a wonderful album, and while some of the tracks sound quite similar, I definitely recommend it for anyone who loves jazz or just good music.

I bet you had a terrific evening!. Thank you for sharing your link - so beautiful and intense!. For me his CD is a "must have" :-).