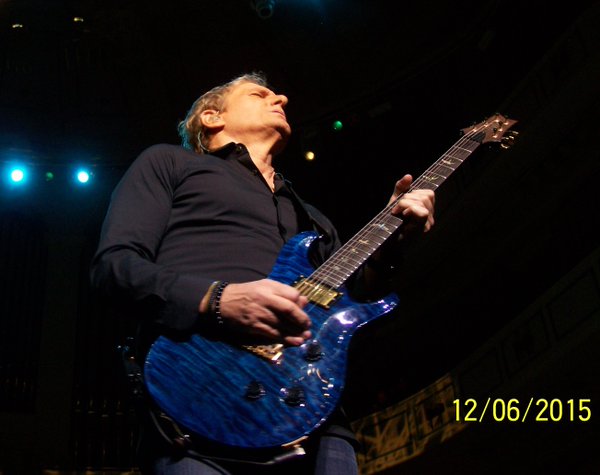 As we are now into 2016 can I, kind of, kick this thread off by posting an article from The Enquirer which relates to Michael's tour, in April, of the UK.  Believe it is the same article published a little while ago but it has been posted again on Twitter by both the publication and reporter and, as I say, as we now are in 2016 and everybody here in UK, those coming over from Europe and even further afield, are now on "countdown time" and getting quite excited at prospect of Michael's tour, hope you will indulge me in posting again !!! :)

Here is link to article:

Permalink Reply by Julie Hanley on January 15, 2016 at 9:42pm
Hi Sylvia
Just read article, so can't wait, Bring it on Michael , see you Manchester and RAH. Looks like Sylvia you are on tour with The Main Man!! Xx

Hope you have fantastic time in Manchester and RAH and time is marching on, getting closer !!! :)   Wish I was doing the whole tour Julie but I will be at RAH so hope to see you there .... we can shout hello to each other !!! lol

Here's to another great Bolton year!! All of us are ready to pack our bags and hit the road where ever we may live to get to the nearest Bolton concert for 2016!! Some of us travel many many miles...LOL It is all in good fun for a GREAT singer that we all admire, enjoy, and support in countless ways as we share our concert experiences here on this superb forum!! Or as I call them...our Bolton Adventures!! lol I am ready to see and hear you Michael after a very long dry spell!! Safe travels and see you on the road and to all my fellow Bolton fans....HERE WE GO!!!!

Hi Kathy, can you make it to Modesto in May? If I remember correctly, the tickets go on sale today so if you can, go for it! Take care sweetie and break a leg with tickets. Hugs, sincerely, Sylvie Qc Canada :D

Yeah, indeed Kathy, HERE WE GO for 2016 meaning a lot more to some than others on their "Bolton Adventures" !!! lol   Here is hoping not long before everyone, either on here, or lurking, has at least one concert date that suits down to the ground and we all get to hear some of the fantastic songs from new CD.   Here is hoping too we might just get complete track list on that before long..... fingers crossed !!! :)

I know I'm ready for MB to come out west in 2016. I love this thread. They're all awesome but this is my favorite so, Robin in MD, thanks for starting 2016

Permalink Reply by Sally Turner on October 3, 2016 at 5:06pm
Was Sam with the band or did Kelly come back?

Hi Sally and your post has fallen in January this year so not too sure what show you are meaning between Sam and Kelly.  As far as I know Sam is still with the band.  Kelly appeared with Michael at the David Foster Foundation Gala if that is what you are referring to but the band weren't at that, they don't go with Michael to those events.  Kelly sang duets with Michael at the Gala and also performed on her own.  As have said if that is what you are referring too but can't tell by where post has fallen.

Permalink Reply by Sally Turner on October 4, 2016 at 2:51am
That was strange! I asked from the top of the page. I got my answer anyway. Lol