Always look to God for the good in life.

It doesn't matter what a person may say to another person that might not be of a good nature. It's what is in your own heart that counts, the relationship you have with God that helps you get through life. Stay happy, and love one another. Life is short. Live it good and enjoy it. God bless you all. Carol

Brono did Billy Cyris the same way, I was hoping Billy would have punched him, He is discusting. Thay need to kick him Off.

Dancing with the stars needs to take a good look at itself. The show has lost credibility. What is a "star"? Certainly Michael is. But Bristol Palin, Kate Gosselin. Mike the "situation" what? Very di…

Dancing with the stars needs to take a good look at itself. The show has lost credibility. What is a "star"? Certainly Michael is. But Bristol Palin, Kate Gosselin. Mike the "situation" what? Very disappointed in what went on with Michael. I admire his integrity in keeping his cool. But I think the show needs to realize the show is supposed to be about entertainment and "stars" learning how to dance. That was what Michael was doing' facing a challenge You should not be on the show unless you… Continue

hey! everyone i think michael did his best,he had alot on his plate,he did try,and what he did was good, he put effort,time,etc and he should be respected for it. and we still love you michael,anyway…

hey! everyone i think michael did his best,he had alot on his plate,he did try,and what he did was good, he put effort,time,etc and he should be respected for it. and we still love you michael,anyway,ps i agree that you should be given a public apoloige from bruno tornio. Continue

You are right about the way you were treated on DWTS. The show talks celebrities, who cannot dance (although, some have knack for dance and do very well) into coming on the show and doing something they have never done before in front to millions of people. Then, to be humiliated the second week of the show, is not right. I thought it was interesting that Buzz Aldrin was treated with great respect, even though, he was one of the worst dancers. Some credit and encouragement should be given to… Continue 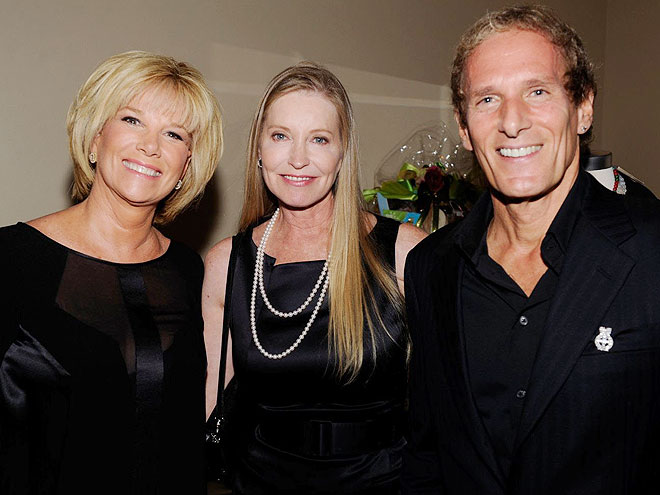 SPIRITED DONA BLOGS-- BROUGHT THE ANIMAL LOVER OUT IN ME! MICHEAL, YOU ARE NOT IN THE DOG HOUSE!

YOU NEVER WILL BE IN THE DOG HOUSE WITH YOUR TRUEST FANS! LET 'S JUST SAY YOU BROUGHT OUT THE ANIMAL LOVER IN ME, :) OR ANIMAL, :) AND CALL IT A DAY! YOUR FRIEND, SPIRITED… Continue

sorry to see you go

You worked very hard and you are one classy guy. You are very brave. Bruno was way over the line. You deserved better! They gave Cloris Leachman higher marks and she didn't actually try to dance.. she just made it a comedy show.

This is the FIRST time I have blogged but felt what Bruno did to you, Michael, was so horrible that I wanted to contact you with my personal support - as small as it might be. You appear to be a very nice gentleman and Bruno was the complete opposite. I trust that what he may have done will be for YOUR good and you will see how much people reject anything like this - to whomever it might be. You were NOT deserving of such treatment and want you to know how embarrassed many of us out here…

Hope you enjoyed your time with Chelsea. Feel better and hae fun on your tour

dancing with the stars

Waaaaa!!!! I wanted you to stay on DWTS!

Waaaaa!!!! I wanted you to stay on DWTS! Continue

MichaelI think the Judge was so rude to you on Dancing With The Stars last night. You were there to dance and were trying very hard. There have been several older people on there for entertainment th…

I think the Judge was so rude to you on Dancing With The Stars last night. You were there to dance and were trying very hard. There have been several older people on there for entertainment that couldn't dance a lick and they never crossed the line with them just because they were old. I hope you enjoyed your time on the show and good luck with your tour. I have tickets to see you in Tiffin, Oh in March.....can't wait.

You did awesome on DWTS! The judges may not have seen it, but your fans did! Sorry to see you go - but thanks for giving us what you did!!

I almost never write on fan sites, but I had to sign up and tell you you have more class and talent in your pinky finger than that boorish Bruno.
You had a lot of potential, and no one has ever made such remarkable ugly remarks ever, much less the second week. By week 5, you would have been a true competitor. You had the right attitude and work ethic and understanding of musical rhythm.

Last, but not least, you still won because so many people were watching because of you, DWTS… Continue

The most soothing voice in the World!

I'm going through a ruff patch in my life and find myself again listening to your voice to get through....the meaning is beyond words for me...
and I thank you so much for this...

The way that Michael was humilated by Bruno tonight was awful. I can not believe that such an awful little man could embarass someone the way he did to Michael tonight.

I just want to take a minute and say that I was terribly disappointed by Bruno's comments this evening. I believe that Mr. Bolton did not dance as well as others have danced the jive, but it showed that he tried and gave it his best.

He is a great singer/songwriter however not the best dancer. This evening, though, Bruno's comments made me angry. While watching the show and comments of the 3 judges, I realized that this was not something that I was going to continue watching.…