Michael will be performing on November 9th at the Westin Diplomat at the Ft. Lauderdale Film Festival.  Check  out the details:

Michael Bolton - The Soul Of It All, My Music, My Life 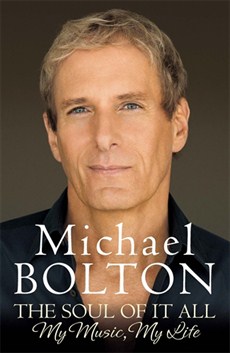 I have just ordered my hardcover copy of Michael's book. It is being delivered for tomorrow. I am sooo excited..!!!! <3

Voting Members of the Recording Academy 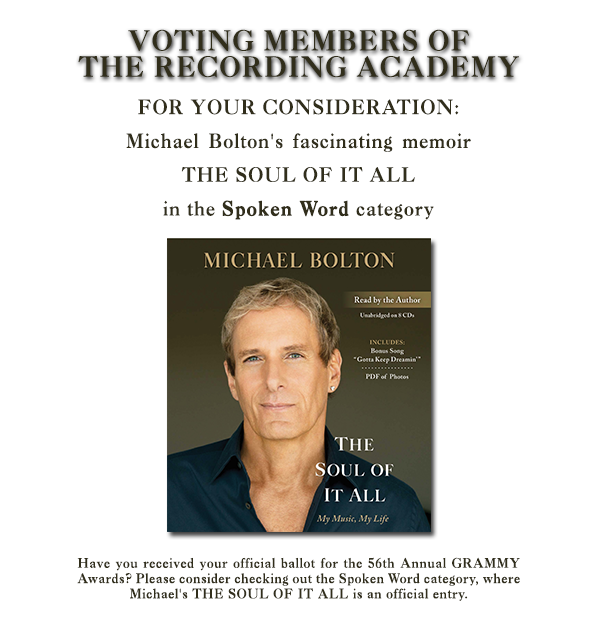 Such an awesome trip in London. So excited to be back for Feb 3 album launch w Leona Lewis duet & UK Tour in May!!

Check out this interview Michael did with BBC Breakfast http://www.bbc.co.uk/news/entertainment-arts-24566162

Butterflys have gone to sleep/ The fence lizards to / But never my thoughts of you / Foliage leaves turn from summer green to gold / Last Summer was for us to remember,- to hold /--Somber Winter just beyond,--/ Steps up --threatens---Is ready to claim the white dust of us buried beneath our hopeless whishes that never came true in Spring yet in Winter's ghost still remain---------Tuesday, 10/15/2013----And so on to "Transient Man"---Five minutes to midnight / Full moon shinin' bright / I'm…

Below are the links for the sale:

Michael will be making appearances in the UK

Michael will be making some appearances next week. Please check your local times and stations.

Bye for now Louisville! Thank you for your warmth & hospitality!!  MB 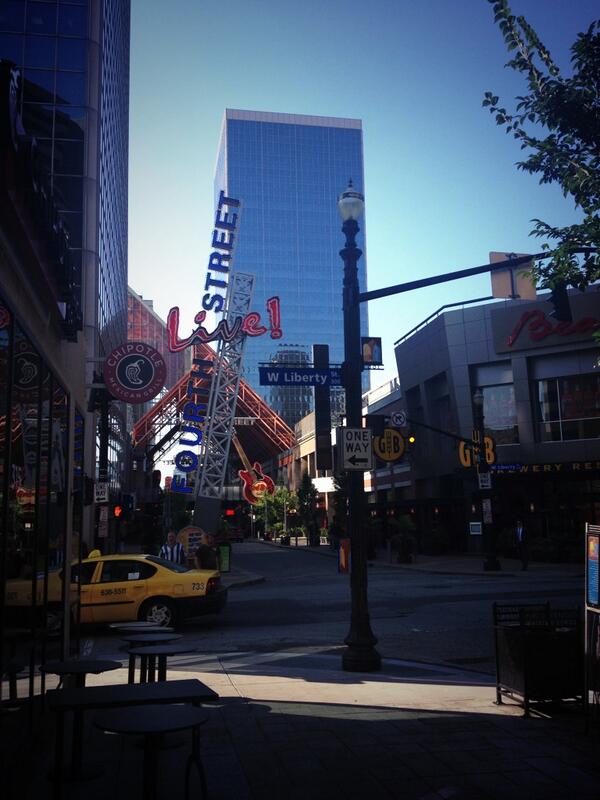 Time is a distance --/  Short or long --/  Relative to the weave of the carpet where each one of us of humanity finds his or her singular place to belong --And lost of one individualy placed thread,-- The carpet remains bare there,--Misplaced of it's artistically perfect song------

This is an interview from the Muhammad Ali Humanitarian Awards Event:

From my visit with Holly & little Dylan!

All before me shows/  Red, green and white/   Until the silver of the moon comes up at night--/   Darkness falls--covers all with a deep, midnight blue--/ The hummingbirds that challanged the hawk's, high-soaring flight / Are now hidden ---/  Safe from the owl's sight--/  Moonrise---this time full--/Lights up the skys--The stars fade from their brillance ---/--But they have resiliance--They'll be back in time, but for now,                 i step out the door and the night is mine…