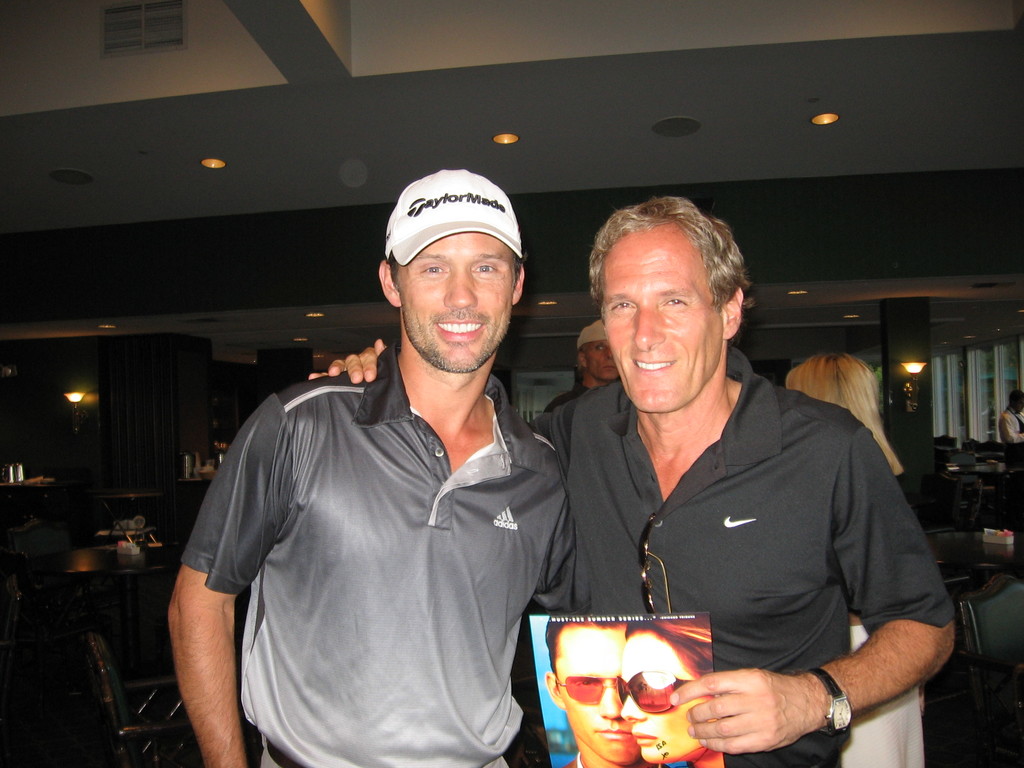 Submit Your Questions for Michael

Now's your chance to submit your questions for Michael in the comments section below - we'll be selecting a few of your questions to have Michael answer while on the road.

New Update from the Road (pt I and II)

Hi everyone!!
The las vegas performance for kost fm, their contest winners and guests at Caesars palace was completely incredible!! Performing outside in what was meant to be an intimate setting became so powerful and surreal.
The architecture of Caesars palace itself to the surrounding tall buildings under a beautiful Nevada sky made the evening feel huge for me. We had a lively audience. People from all over the country were there, as well as some fans from Sydney,… Continue

You all seemed to enjoy the last contest so much, we thought, why not give someone else a chance to win a piece of signed Michael Bolton memorabilia? This time we're giving away a 3x3 signed Michael Bolton poster. Like the last contest, this one will run about two weeks, ending July 9th.
To enter, simply post your favorite single off Michael's latest album in the forum here: …
Continue

In September 2010, The MBC adds a new chapter to its history by taking their annual golf event to Ojai, California. Bolton has teamed up with Kenny G to perform and Rock and Roll Hall of Famer Dave Mason (of Traffic fame) and to host The Inaugural Michael Bolton and Dave Mason Benefit Concert and Celebrity Golf Classic. For more information on The MBC and the September event, please visit www.michaelboltoncharities.com.

Win A Signed Copy of "One World One Love"

We're running a contest for all MichaelBolton.com members! Entering is easy! Just make sure your profile has a user photo of your pretty self and either start a forum topic or respond to another memeber's forum topic - that's it! Winner will be selected at random next Friday, June 25th and messaged through the site to claim their prize.
Simple as 1,2,3, so who wants that signed CD?

**UPDATE**
Congratulations to our winner, Debra!

Update From the Road # 3

Ok hi everybody. Singapore, Jakarta, Australia, Tokyo to China was a lot of travel. I just think I'm still 21. I have to share about China. A very exciting and powerful promising time for their country. The huge economic growth has lifted millions if not hundreds of millions out of poverty. The cities are very modernized and some aspects absolutely futuristic. 3 shows and we were warmly welcomed and finished in Beijing to an amazingly warm receptive sold out venue and no one wanted to end the… Continue

Update From the Road #2:

what a gratifying concert in tokyo!!!! At first the audience can strike you as so reserved you aren't certain they're enjoying the songs until they continue their applause and its obvious they are listening closely and feeling the music deeply. They loved the new music but "nessun dorma" stole the show. I dedicate it to the greatest tenor of all time luciano pavarotti every night since he has passed away and it always takes me to the place and time I first performed with the great one. The… Continue

Update From The Road

This entire tour has been such a pleasure from Singapore to Jakarta to all of Australia which has been a particularly emotional experience for me because it had been 16 years since I've toured here and I love the country and the people who are some of the warmest, friendliest and most genuine people I will ever meet or perform for. The warmth and outpouring has been tremendous and I've vowed never to let anyone or anything keep me away for long ever again. -… Continue

Yesterday Michael sat down with Fifi Box from Sunrise Entertainment/Yahoo backstage at his show in Perth, Australia. Follow the link below to watch the video: