He;ll be getting the real Emmy soon:)!

﻿to avoid misunderstandings: it was not my idea to give him the Oscar, but the idea of Astrid.

I had another very important task :-))

your Ivana from Prague

Congratulations to all of you Ivana. What an amazing time you had meeting with Michael! I'm so happy for all of you!! Michael adored the gift obviously too! How nice is that!!

Thanks for writing and sharing the pictures here to share with us more of the story!

Great review Ivana AND SUPER photo of you and your friends AND you know who!!!! HA!!!!!!! Looks like you all had a great Bolton Adventure :)

Thanks for your review of the Dresden concert Ivana - absolutely fantastic....excitement, fun and joy all coming through clearly !! :)  Thanks too for pointing out who was who in the photo and they are both beautiful photos Ivana - thanks !! :)

it is Monday evening and I would like tell you about the concert in Dresden.

The concert was amazing as well as the audience. The audience was very lively and sang songs along with Michael during the whole concert.

All of us in the picture had the first opportunity to meet Michael backstage. We waited for him in an adjacent room of Michael´s room and then the moment came: Michael appeared in the door !!! He was in an extremely good mood, made jokes, gave thanks to us and we gave thanks to him and gave him our gifts. He spoke about the German audience and how happy we made him. He was so nice, patient, warm-hearted, perfectly dressed and I could hardly speak. I was just focusing on him, on his face, on his eyes and was happy it was him who started the conversation :-)) All of us agreed that he took our nervousness away, the atmosphere was very familial, he was very kind and considerate. A gentleman !!

As Michael was in a big rush we took only one picture of all the fans with him. Michael took his place in the middle of us and I was happy that he chose a place next to me. I was over the moon !!!

I would like to tell you as well, that all members of his band were extremely kind and friendly to us and Michael can be proud of them.

Michael, let me thank you once more on behalf of all of us who met you in Dresden for your graciousness !!!

Your Ivana from Prague 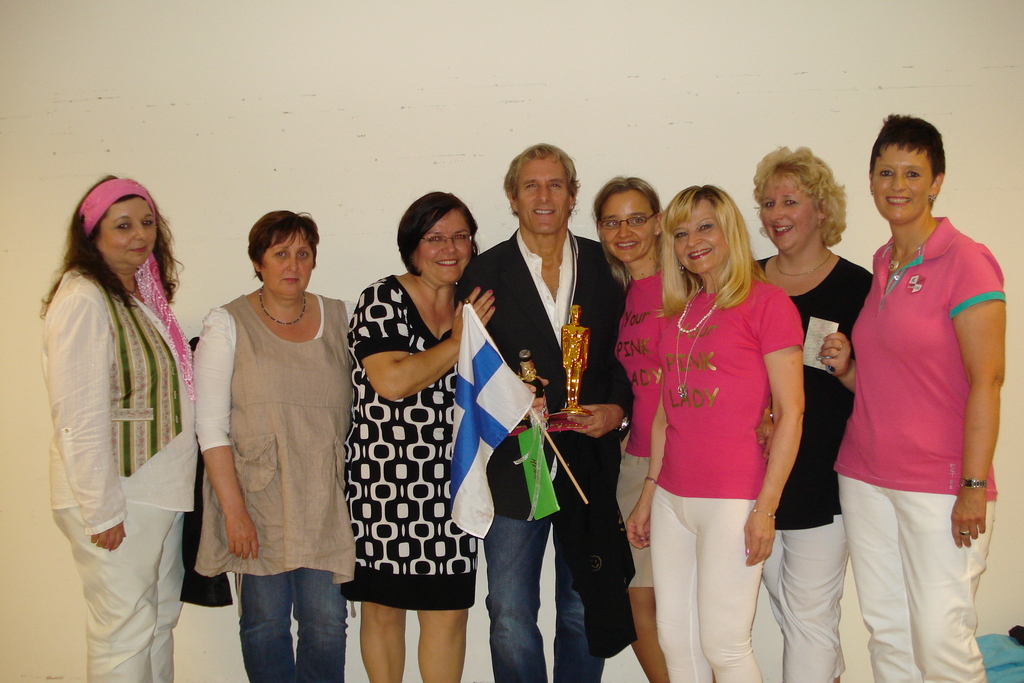 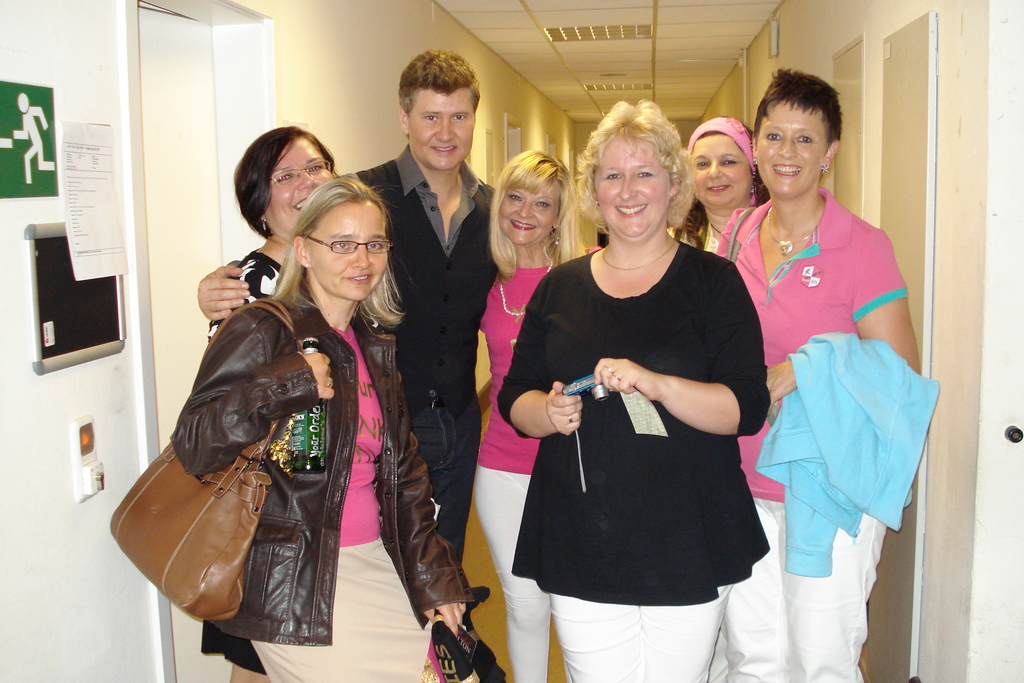