Could someone help me get a plackert so when I go to a show, i can be ligit to go up to the stage without hassles from security. Not that I'm going any time soon. >?:)))))) Boltonnut from L. A. CA who loves life & Michael Bolton :)

Thanks Sylvia & Jaana for all reviews articles. I'm glad Jaana you enjoyed the show. Neat speaking with Michael from the audience. Did you have a meet & greet event? Boltonnut from L. A. CA USA who loves life & Michael Bolton :)

Lol! Robin, You need to 'cover' Yourself with PLACARD'S, if the concert place is anything like Copenhagen!! Security guards were like 'hunting' us, fans :( They were ready, and actually did, to heart You!!

I would like to know, how can I (in the future) find out beforehand, which kind of venue Michael is performing? I've disapointed enough many times now....travelling from far, spending lot of money...as my son says *expensive hobby* of mines and then the venues safety guard's won't let me enjoy with other fan friends, the concert!! This time I tried to be 'strong' and courage everybody to come near the stage, after WAMLAW, but audience and other fans were too scared of the guards and didn't enjoy me, even I tried many times!! We, real fans are going to the concert's to enjoy and have fun, not expecting guard's do make us bodily harm there!! :( Fans whom have been in many concert's do know, MB want's us to come near to the stage...or why I've seen many times, he ask's the audience come further with his hands!?!? This time too, he did courage in the begining of the show to have fun and make as much noice as we possibly can!!

I'd write in a complaint to the venue & show the pictures or photos of your bruises & such. They talk about the fans being disruptive @ any show. What about these guards. I'm so sorry about this Jaana. :((((( Boltonnut from L. A. CA who loves life & Life.

Hi Robin and thanx for Your support <3!

Yes...the guards thought I was a 'troble' there, in Copenhagen! I talked with one of them later!..Ok, but I just ask what trouble I made for them? Tryed to take pictures? YES, I'm quilty!...Tryed to stand next to the stage? (and enjoy the concert, more near Michael as I've allways done in the concerts!) YES, I'm quilty!

These days I can't even harm anyone...for me it's enough work to be able to stand!!! Can't even dream about standing in the chairs/seats!! And I'm easy target, if someone wants to be

as they did, cause I can't defend myself!!

I agree with everyone. All of you who went to that concert in Cobenhagen,I'd take action then they'll find out how strong & support we are all to one another. that should not have happened. Some of these security guards think because they have a badge, that I can't see, & a night stick, they're they're it. Disgusting. Hope Michael doesn't go back there. Yawl need to write to the Michael bolton administration & inform them of these abusive happenings. Boltonnut from L. A. CA who loves life & Michael Bolton :) i

Jaana has asked me to put on here a couple of photos that were taken at the concert last night by herself and her friend that she went with !! :)  She apologizes for quality but they had to be very quick taking pictures, for as was thought by content of Michael's tweet, the security guards were pouncing on everyone trying to take photos.....I have said to Jaana that I think they are darn good and I do hope you all enjoy .......... 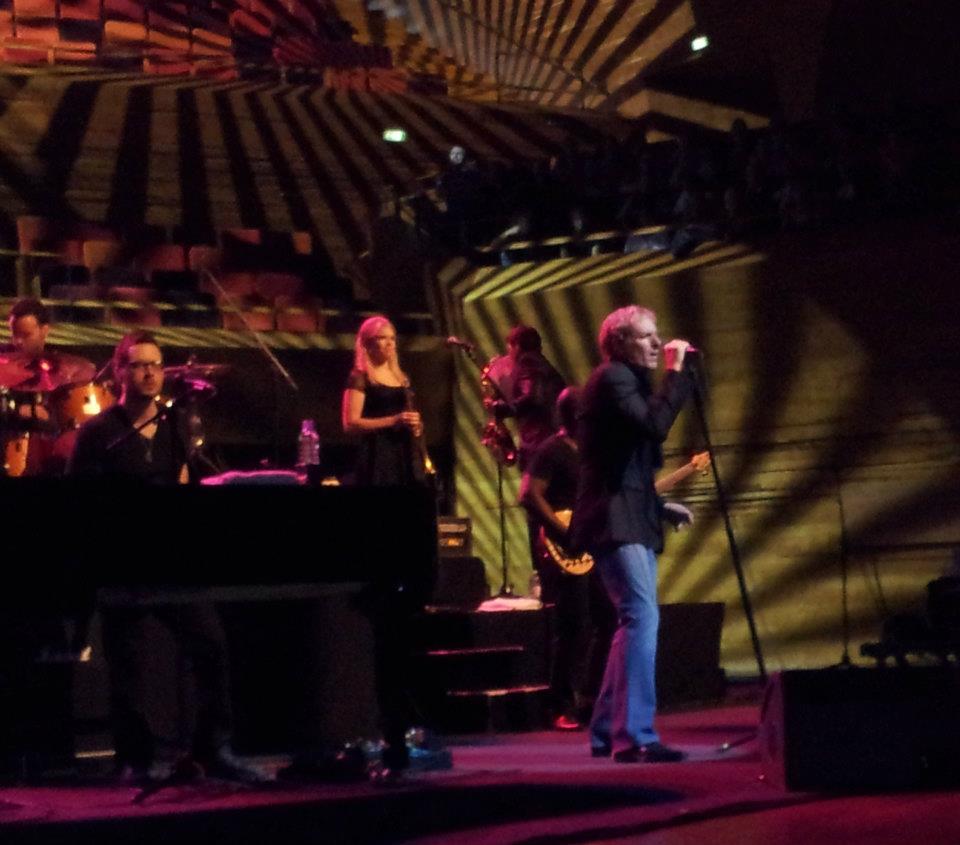 Thanks Jaana and Sylvia for sharing the photos and your review Jaana..Sounds like you had a great night despite the security not letting people take photos. I read that on your FB post too..That's a shame..MB tweeted that he doesn't mind photos.  Looking forward to hearing more from you Jaana and the other Pink Ladies as well.

Thanks again for sharing your experience with us.