I wanted to start this thread for those of you who would like to post a birthday message to Michael.  Most know but for those who don't, Michael's birthday is February 26th.  I have posted info on another thread for those who want to send a physical card but for those who would like to post your message here I will send the link to Michael on his birthday so as he has time he can read all of your wishes for him.  Just to be clear, these are birthday wishes...anything vulgar, rude or out of line will be deleted. Any questions, let me know.  Gail

Permalink Reply by Debra Tennet on February 26, 2017 at 5:36pm
Happy Birthday Michael
Hope you have a great day
Best wishes and lots of love

Hello Michael, wanted to say hope you are having a fabulous Birthday! Enjoyed seeing you this year while touring, all the special interviews, TV appearances and Media have been a lot of fun!!! Stay happy, healthy, and enjoying life...

Permalink Reply by Kathie A Price on February 27, 2017 at 8:07am
Today marks a very significant one on behalf of your birthday,besides the Oscars which you have made such a huge impact in the entertainment industry. Continue to keep on dreaming and believe that still love overcomes all, many blessings for you and keep celebrating your youth for another year,MB.

Placing couple of pics on here from Michael's birthday and first one shows cake band and crew gave him and comes courtesy of Jason.  Second pic comes courtesy of Drew Mckeon and shows him with Michael who is holding one of his own American Greetings birthday cards.  That sure is the sense of humour Drew has got and love him for it but so glad too that someone did give Michael the card.  BTW American Greetings sent him his own e-card;  thought that was fun in Michael hearing himself singing Happy Birthday to Michael !!! lol  For those not on Twitter it has been "alive" the last couple of days and is still going with birthday greetings from all over the world extended to Michael and not just from fans; from radio stations, TV channels, celebrities, record labels, etc., etc. !!! 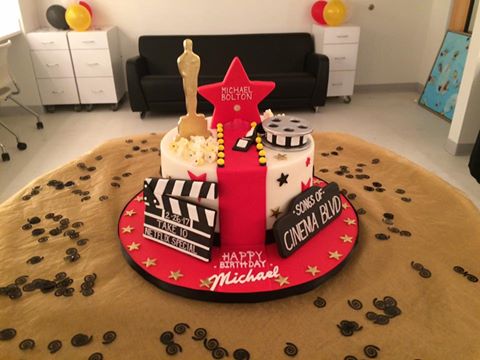 .....and third pic is one Michael sent and shows him standing in front of a wall which has been decorated with a banner saying "Happy Birthday" and it is in black and gold (believe !?!) and you can see two side cabinets and they have balloons on them of red, yellow and white.  On the ceiling there is an array of black, white and gold helium balloons with their colourful streamers hanging down and makes the whole wall look very, very decorative.  Gail has started a blog post on Main page for this pic. Description of cake  :   to say the least it is absolutely beautiful and more, more than appropriate.   It is been done to acknowledge "Songs of Cinema" and Netflix Special.  On top it has a red "Hollywood Walk of Fame" star with the name "Michael Bolton" on it and from the star there is, draped down over side of cake and coming onto base, a "red carpet".  Base is done in red with gold stars round it.  At foot of "red carpet" on base, "Happy Birthday Michael" has been written.  Also standing on top, to one side of "red carpet" is a gold "Oscar" statuette.  On other side there is reel of old film with part of the "film" lying on "red carpet".  On "red carpet" at either side there are little yellow blobs of icing, I presume, to represent the gold stands that hold the ropes.  Icing on cake is white and round it and on top are gold, red and black stars.  On base, on either side, have been placed fantastic signs which I am not too sure if edible for if made out of icing they are, beyond, absolutely wonderful.  One has been done in the design of a street nameplate and it says on it: "Songs of Cinema BLVD".  Other is done as a clapperboard and has three lines of writing on it with first being: "2.26.17", second: "Take 10" and thirdly: "Netflix Special".  Hope that gives a little bit of idea of exactly what cake looks like, hope so ..... now just wish we could all have tasted it !!! LOL  BTW believe it is sponge, with layers of (someone's favourite) vanilla icing through it.

Wow Sylvia, thanks so much for that delicious description: now I want one! XD It would be great to find out who made it, it really sounds magnificent. Thanks for the Twitter update: lots of love to our Michael! Take care Sylvia and thanks again, much appreciated. Hugs, sincerely, Sylvie Qc Canada :D

The cake was made by One Belle Bakery LLC who are based in Wilmington, NC, Sylvie..  They have a FB page and their stuff looks terrific.  Ruki posted her pic to Instagram and said who had made it.

Sorry just posting this but been away from the computer a bit.  I sent a note with the link to this thread for Michael to read as his time permits.  So all of your wishes will eventually be read!!  Gail

great thanks dear Gail, for Your beautiful job 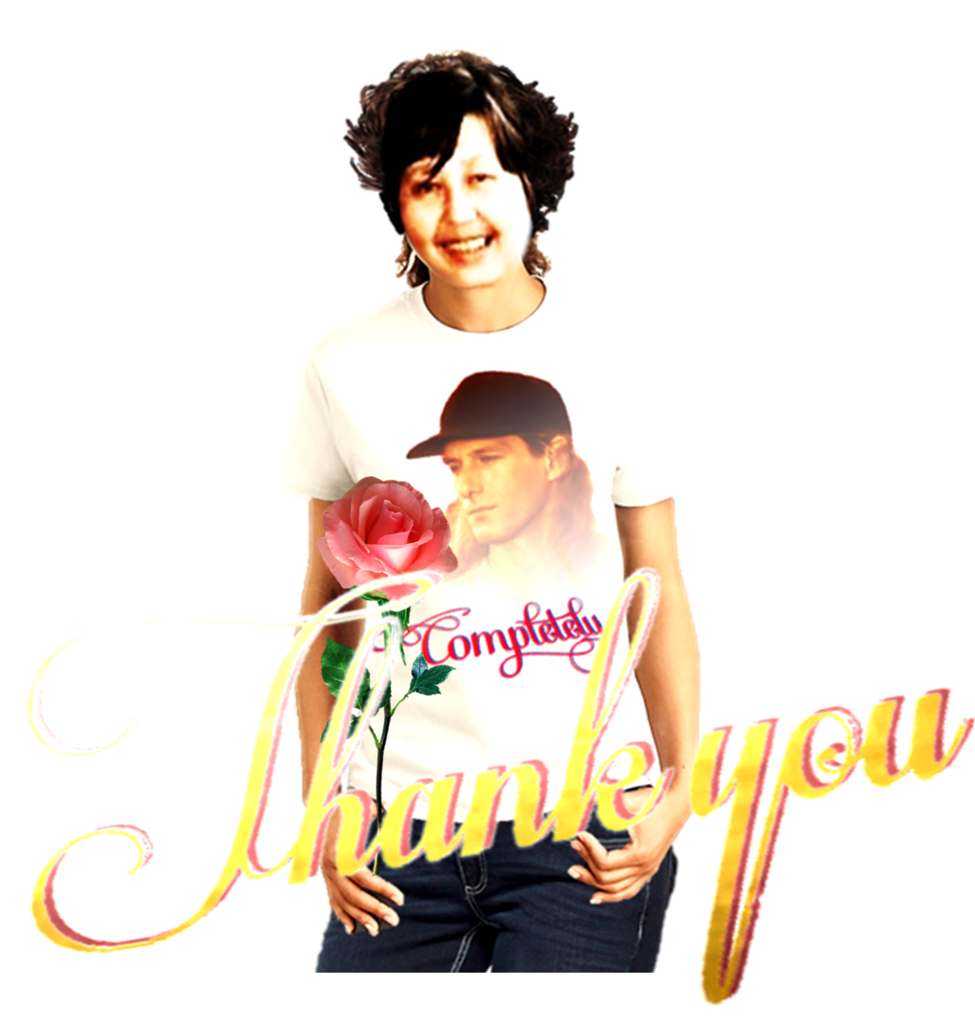 Thanks a lot for letting us know Gail, enjoy your time off, take care. Hugs, sincerely, Sylvie Qc Canada :D

alrightie then, Gail. Thanks ever so much girl. :)