Short video of Michael leaving Craig's Restaurant, West Hollywood, last night and signing autographs as made his way to car

Michael has sent below tweet with pic.  What he is up to NOW believe we will just have to wait and see !!! LOL  Beginning to truly wonder how anyone can keep up with our boy.....sure he is going to meet himself coming back, one of these days !!! LOL 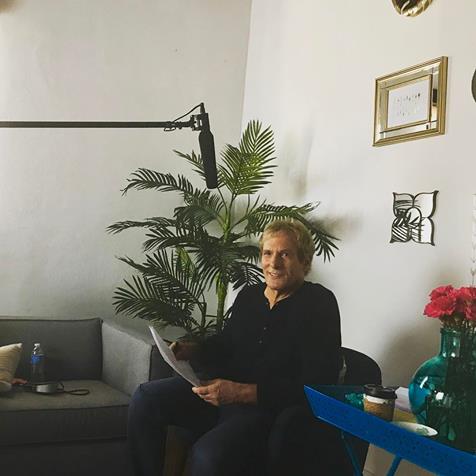 I know. Just reading what all Michael's up to, whew. I get out of breath reading even though I'm extremely active & for my age too. Thanks everyone for all info.

Pic of Michael, I believe taken yesterday, with Lord Nez but not sure who other is to right, looking at pic, beside Michael although know have seen before.  Pic comes courtesy of Lord Nez.  Sorry, there is no hint in Instagram post what they were meeting for but, needless to say, have asked ....don't believe will get answer though, but you never know !!!! LOL 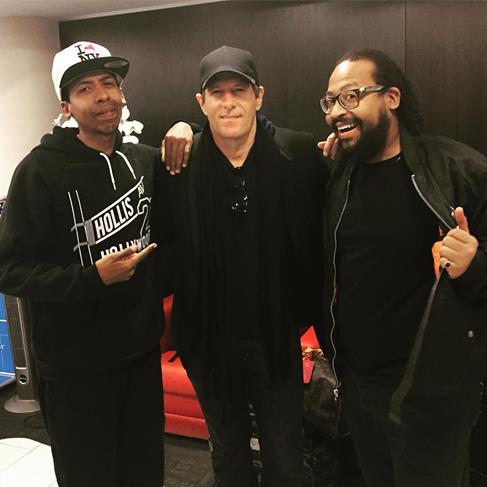 Michael has sent tweet with link to his LSS (Long Story Short) from Almost Cool Films and here is tweet as well as video and hope you enjoy for it is hilarious especially all the expressions Michael puts on....another winner !!! lol

I added a video to a @YouTube playlist http://youtu.be/0i1dTpj1qlY?a  Long Story Short - I Had To Get a Greeting Card (Ft. Michael Bolton & George Lopez)

Super article (although feel have read before) about Michael's work in the fight against domestic violence and the work MBC are doing.  Was published 16th March so may already be on here and if so sorry for duplication but it has been posted in a tweet by New York Minute Mag yesterday.

The virtually ageless Michael Bolton, known for his hit ’80s pop songs, is also an Anti-Violence Against

Women activist. Through his organization, The Michael Bolton Charities, Bolton works to defend the safety of women and children within their own homes and to support multiple foundations that save women from domestic violence. Additionally, Bolton has attended various rallies in Washington, D.C. to raise both awareness and support of the effort to enddomestic violence against women.

Millennials may recognize Bolton from parody band The Lonely Island’s viral hit, “Jack Sparrow“, in which he portrayed a satirized version of himself. The video garnered over 164 million views on YouTube. However, fans may not be aware of Bolton’s extensive work in fighting and preventing domestic violence. According to the National Coalition Against Domestic Violence (NCADV), one in four women and one in seven men have suffered severe physical violence inflicted by a spouse or partner, with women between the ages of 18-24 being the primary and most common victims.

Prompted by his role as the father of three daughters and grandfather of two granddaughters, Bolton became incredibly dedicated to the cause that affects so many young women, girls, and families every day. During the 2015 National Organization for Womenrally in Washington, Bolton appealed to Congress, asking them to reauthorize the anti-domestic violence law, Violence Against Women Act (VAWA). Bolton himself had been a full proponent and lobbyist for the act when it was originally passed in the mid ’90s.

In 1993, Bolton founded and launched The Michael Bolton Charities. Since its conception, the organization has worked towards offering aid to victims of domestic violence, particularly women and children. Partnering with like-minded coalition groups, The Michael Bolton Charities lobby for policies centered on protecting against and preventing domestic violence, spreading awareness, and educating others on the issue. The charities recently created a specialized music therapy program that will hopefully be installed in domestic violence confidential shelters to assist victims in coping with trauma and the aftermath of experiencing physical and emotional abuse.

Currently, Bolton is enacting plans to bring a Family Justice Center (FJC) to his hometown of New Haven, Connecticut. Family Justice Centers already have branches throughout New York, including locations in Manhattan, Bronx, and Staten Island. The project is set to be completed within the next year.

In addition to preventing domestic violence, Bolton’s non-profit also focuses on assisting underserved communities. In 2015, Bolton used $250,000 of his own money towards redefining the public’s ideas of inner city Detroit by creating a documentary that will bring Detroit into the forefront of the public eye in a positive and productive way.

Bolton’s charity program also gifts grants to organizations centered on family aid, such as New York City’s Meals on Wheels and other Domestic Violence Crisis Centers within the Connecticut and New York area.

Super pic of Michael and Alan Chan in Ayana Resort and Spa in Bali today.  Pic comes courtesy of Alan. 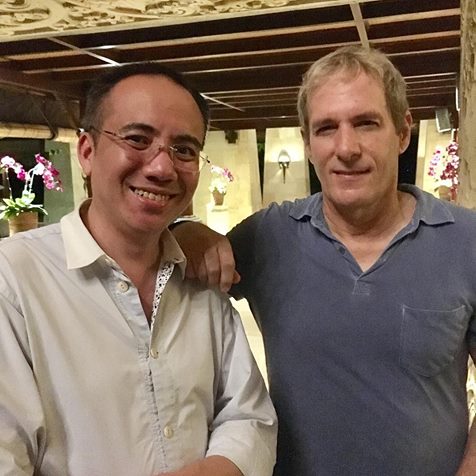