(The Voice, Dancing With the Stars,
America's Got Talent (Or other countries),
The X Factor etc.)
I thought since we already have a discussion on American Idol, and we sometimes talk about other shows there, we might want to have a place to share any talent we see on TV or YouTube. You may have a show in your country that I don't know about here in the US, so please feel free to share. 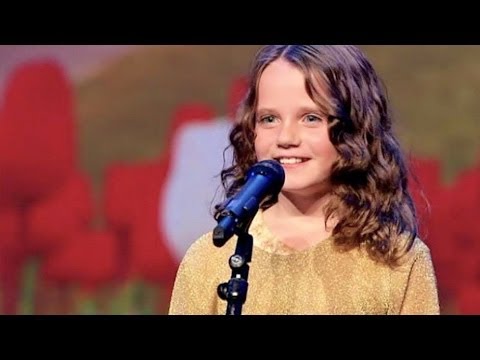 That little girl is amazing. If she has that kind of talent now, I can only imagine what she will sound like if she has training! Thank you for sharing this, made my day!

OMG Joy that little girl ......WOW, WOW, WOW !!!   I am a pessimist so I hope she doesn't do anything to hurt her voice when the change comes and she can still sing like that into adulthood for she is just STUPENDOUS and thanks so much for finding and sharing !!! :)

Now I'll put in my little bit about our X-Factor show and in particular Sam Bailey......do want to say though that we have some terrific singers this year and from now on it is going to be tough because each week a good one has to go and if you want to check some out the X-Factor does have its own videos up on youtube.

For an up-todate what is happening here is the latest tweet that Michael sent to Sam yesterday........

I spotted on Twitter that Sam has said a couple of things and then what she says about Michael in the article confirmed for me that she indeed has never seen Michael's previous response to her where he had said that their singing a duet together should be made to happen and I was almost on the point of finding that and sending it to her when Michael tweeted above.    Needless to say Sam cannot believe he tweeted her and again by her response she has, without question or doubt confirmed she never saw his other tweet, so in fact I am going to find his previous tweet (if I can) and send to her to try and confirm to her how serious Michael is.....because he is !!! :)   Last week Mrs. O said she hoped Simon Cowell was watching and that he signed Sam up right away and hope he does and then maybe a duet between Michael and her could be on the cards.

Here is the article that Michael has put link to in his tweet........

"Sam Bailey has revealed that she would love to duet with Gary Barlow on The X Factor – but that her ideal singing partner would be Michael Bolton.

Speaking to a celebrity website, the mother-of-two revealed that she even had a song already picked out for her and Gary.

Unreality TV quoted Sam as saying: “If I got to duet with Gary, I would probably do A Million Love Songs because that song just takes me straight back to being young.

“And it’s just an amazing song. I love the piano in it and I could chuck in a few harmonies.”

When talking about the possibility of having a guest join her in the later stages of the competition, however, Sam said she would look to the other side of the Atlantic.

“I’d love to sing with Michael Bolton,” she told the site. “But I don’t think he’d be available. He’s too famous!”

Despite her new-found fame on The X Factor, Sam insisted that she has not given up on her career as a prison officer.

“I am on a career break, but I don’t want to completely detach myself from the prison service because it’s become a passion of mine to help rehabilitate people,” she told the site.

“I’ve learned so much from being a prison officer, and though some days it’s a tough job, and you’ve got to be really thick skinned, it’s a really rewarding job.

“So yeah, I don’t want to break away from it altogether. It’s a job I’ve loved for three years, and everyone’s been so supportive of me, I can’t thank them all enough.”"

Just to finish off here is Sam Bailey singing "My Heart Will Go On" from last week's show........

LOL! That is a great article...she is a Fan of Mb's too, bet she peeks in here too:)! Glad she Won for her dad! And I bet Michael sends her Roses:)!

You are probably right in saying she may peek in here. I hope that Michael will do something special for Sam too. Hoping for a Duet in the near future. :D

Here is Sam Bailey singing "Enough Is Enough" on our disco week on the UK X-Factor last night and this is the girl who I think will definitely be dueting with Michael at sometime.    I would love to hear them singing "The Prayer".....I can hear it and did from the her first audition and think they would bring the house down and believe she would even beat Lara Fabian.

Hey All! Just wanted to say "The Voice" has got some really good talent this year:)! I think this show is better than A I:)! JMO!!!

Tomorrow night is the Last show for the season on "The Voice"  they are All 3 Winners....but that little 16 yr old girl really is Good:)! I liked Will from the beginning, glad to see he made it this far!

I have a look at all your videos from the talent shows with pleasure.

Now I would like to introduce to you a video from a German talent show.

The unusual in it is his voice! He had no vocal break in his youth.

Looks the video at till 2 minutes 30 seconds. Then there comes only twaddle!

That was really something! He has a very unique voice and powerful too.

Thank you for sharing it with us.