What an adventure for everyone on this trip on MB's tour to Egypt. I envy them all. I'd love to tour all those places they did. I cannot wait to ask them about it when I see some of them. I am so glad MB got the tour too and got to enjoy himself.  They all work so hard and the traveling cannot be easy.

Now the next few shows are back here on the East Coast after a few weeks. Woo Hoo!! Rock on MB and band into the Holiday's!!!

Thanks Sylvia for sharing all the Egypt goodies over here. I've been watching it but not had the time to move anything over.  Its appreciated.

Just to say have added more pics from Cairo, Egypt that are courtesy of Michael Bolton Fans in Egypt page on Facebook and below is link to album and here is a little teaser 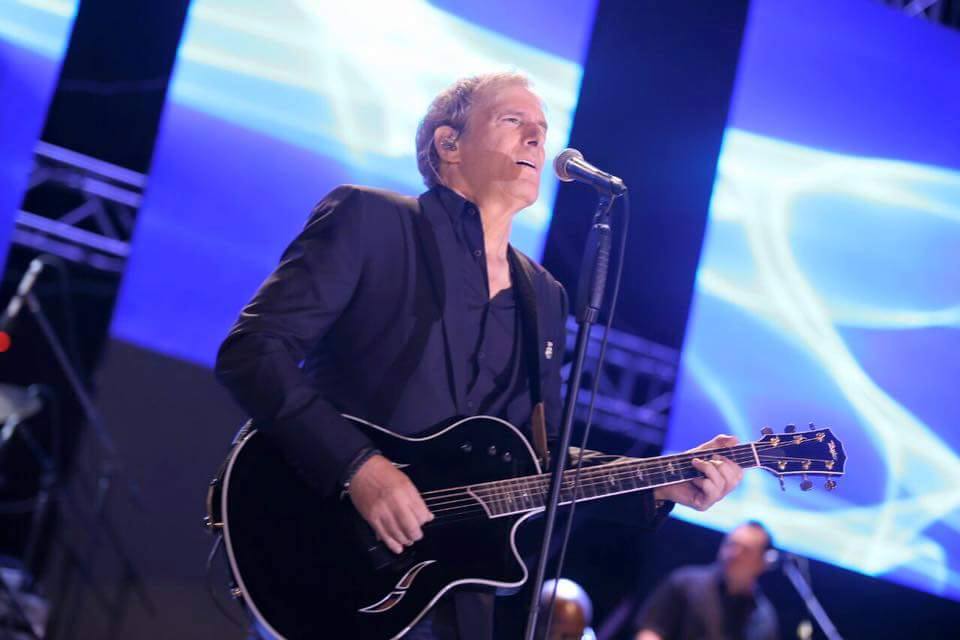 There is also an interview on YouTube that Michael gave but unfortunately you cannot hear what Michael is saying due to interpreter but here is link to interview and Michael comes on at approx. 3.11 mins on tape. All those that speak or understand Egyptian Arabic, enjoy !!! :)

Hello to All From Egypt The Heart of civilization , As you now I'm Admin of Michael Bolton fans in Egypt Page & who was follow our page saw that we was on live at the concert :) The concert was more than amazing & Bolton was so happy of his audience & so decent - Unforgettable day ...
But unfortunately the sad part that we asked to take a photo with Bolton but they said that he don't agree :( - But totally the concert was stunning .. looking forward to see him again & again in Egypt ...

Thank you Nahla so, so much for coming in with your review, thank you !!! :)  So, so pleased you had wonderful concert and certainly by all videos and pics it looks as though an absolutely wonderful time was had by everyone including Michael ..... Egypt made HIM a happy man !!!

Thanks too for share of beautiful pic of you and Mina Atef and for all your hard work on FB in keeping your wonderful fans page so alive and so full of information for all Michael's fans, not only in Egypt, but throughout the world...... THANK YOU !!! :)

Michael has sent a tweet with selfie he took at Pyramids of Giza and here is his tweet along with pic.  Pic is of close up of Michael's face and he is to left of pic and on right, in distance, you can see two of the pyramids and it is a beautiful, spectacular pic and definitely one for the album.  It has been posted on Instagram and on there you can comment on pics posted and one comment has come from Michael's great friend, Richard Marx, and he says: "Green screen"....shows you what he thinks of photo and agree entirely with him !!! 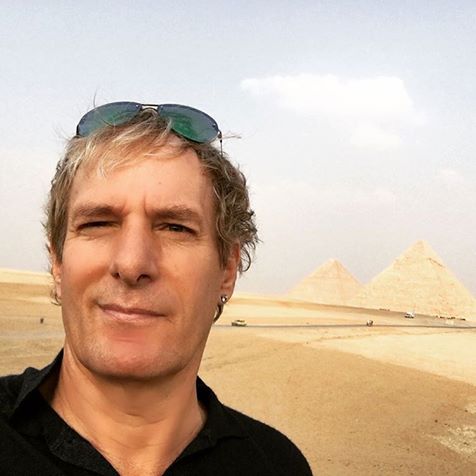 Have added 15 more pics to album which have received from Engy Nowaisser and here is link to album plus couple of her pics and HUGE thanks is extended to her for share as well as to ALL others who have been kind enough to help take us on their wonderful journey in Egypt.....thank you !!! :) 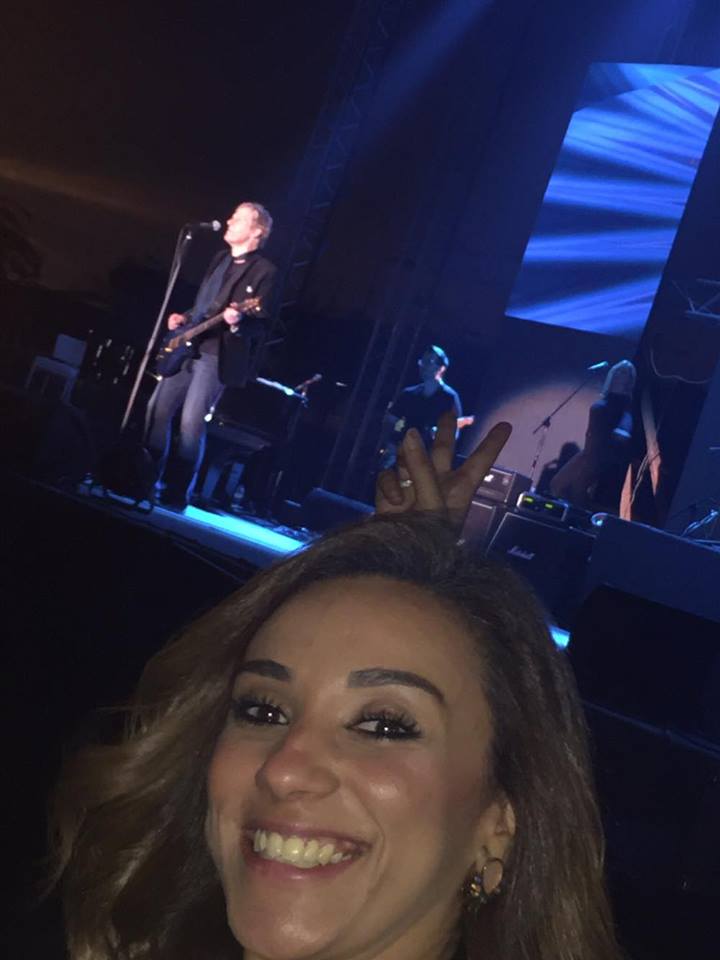 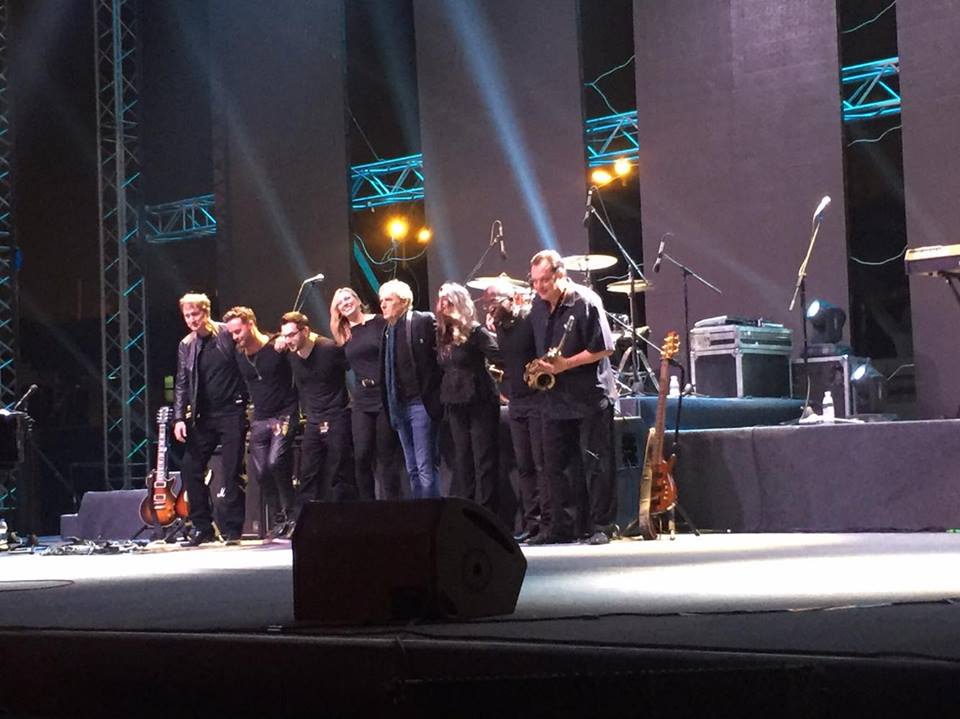 Hi Nahla, thank you so much for your review and the video! I'm really glad to hear you thought the concert was more than amazing: Michael sounded fantastic! So, would you say that "When a man loves a woman" was your favorite part of the concert? Did Michael sing your favorite song? The first concert is always something unforgettable and I'm happy the Egyptian public welcomed Michael, which should help him to want to come back. :D Take good care Nahla and thanks for sharing. Hugs, sincerely, Sylvie Qc Canada :D

Oh! Nahla! Loved yourreview of your concert. On When A Man Loves A Woman, if it was you screaming, you go girl. I could feel your excitement. Wow!

When A Man Loves A Woman