I am serving in church this morning, we are part of the hosting team.  I will be hosting with a very big smile this morning I can assure you!!! lol.

Hope all went well Karina and bet you were pretty light footed as well as smiling all the time, just so long as you didn't break into song with WAMLAW or that would really have started people talking !!!! LOL  As I said on FB stay on that Bolton Cloud for as long as you can !!! :)

It went great.  I was smiling my head off the whole service.  I am still on the Bolton Cloud, lol.

For sure Karina stay on it as long as you can.  Things certainly look as though going right now for with a MB concert, shaking his hand, getting a wink and, AND a "favourite" in his Twitter section, not a bad set of happenings to have in the old memory banks !!! :)

Good luck in your Pastor training and wishing you well Karina !!! :)

Welcome Karina and thank you for sharing your wonderful time with us here. I am so happy you were able to say thank you and he took your hand and MB winked at you.  AWWWW That was meant to be!!

Yes he's amazing and no one can sing like MB. I love also when he plays guitar, always have. I hope he sees your tweet and replies to you. He does reply to quite a few of them when he can.

I am so sorry to hear your dad left, that's terrible..Thankfully MB's music helped pull you through a tough time.  His music has gotten me through some rough patches as well over the years.

Thanks again for sharing your night with us and feel free to post often.

The next show on MB's tour in Australia is  at Perth Concert Hall, Perth, Australia on Monday, May 25, 2015.

Lets keep the party going Down Unda!!  Fans attending feel free to come in and post your reviews and photos.

You are taking us all along with you.

His music did help me. Time Love and Tenderness is very special with that and Survivor.  I am about to start Bible school to become a Pastor.  When Dad left I didn't want anything remotely to do with God and I refused to get out of bed, my husband pulled out his CDs for me.  When Michael sang Time Love and Tenderness the other night, right after my little moment, I figured that was a clear sign then that I am going to be just fine now.  I just wanted to say thank you....he is one of a few people in this world who I look up to and one who I will be forever grateful too, because he has pretty much saved my life and now I can go out be a blessing to other people and help others.  So here I am ready for church....of to serve as part of the hosting team with a smile on my face bigger than you can imagine!! :) :) :):)

Dear Karina, thank you so much for sharing your story and your heartfelt description of your special moment with Michael. Take good care and God bless. Big hugs, sincerely, Sylvie Qc Canada :D

Karina that was beautiful and very heartfelt. So happy that you met Michael.  Keep the faith and God will take care of you. My youngest is 21,the  same situation, you are not alone, with God on your side you will win.  Yes Michael is an inspiration to many of us. Take care, and all the best.

Carina, Welcome to the forum. I'm extremely behind but it seems you were going through some rough patches there in your life but though KI'm not the most religious, God has helped me through a lot. I'm glad you got to see Michael in concert, met him, shook his hand, & got a wink&thanks. You're on Bolton cloud 9 like many of us are. Hang in there & keep posting when you can.

Here are some pics from the show in Sydney tonight:

This one comes courtesy of Angela Martin: 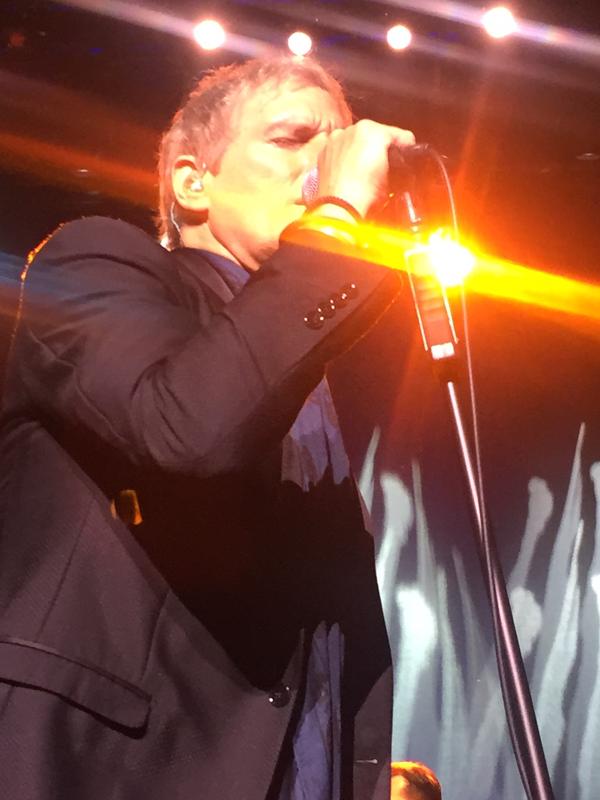 This one is courtesy of Kelly: 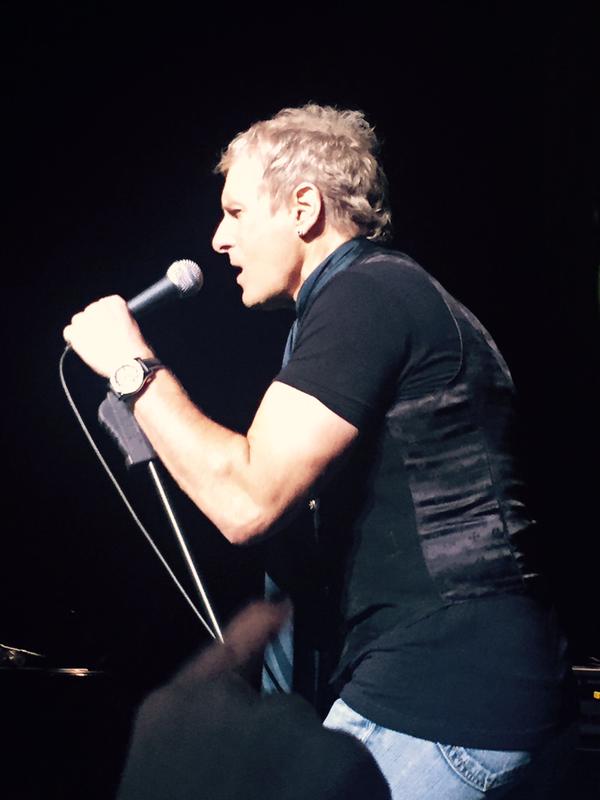 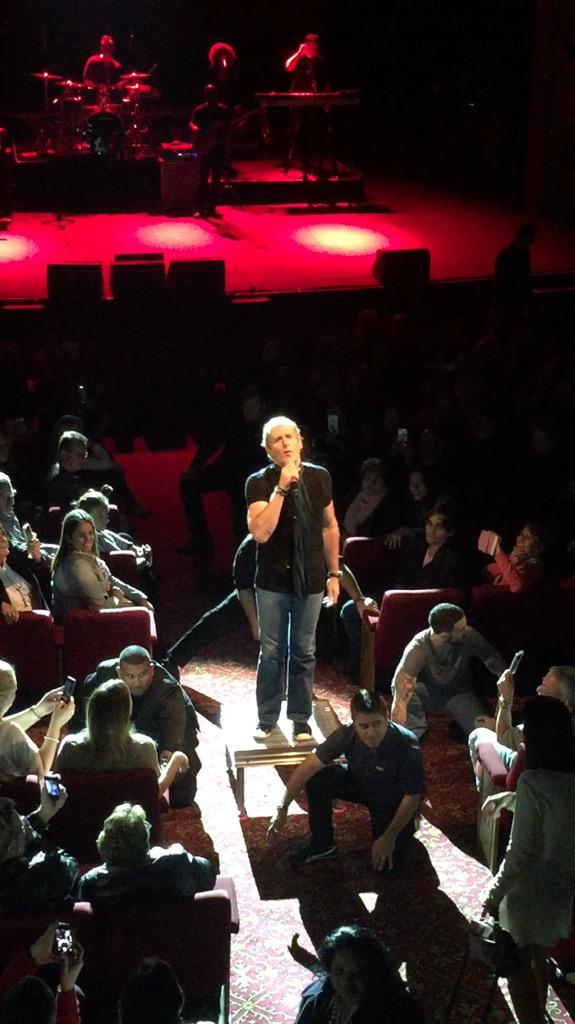 and this one is courtesy of Admire Delta: 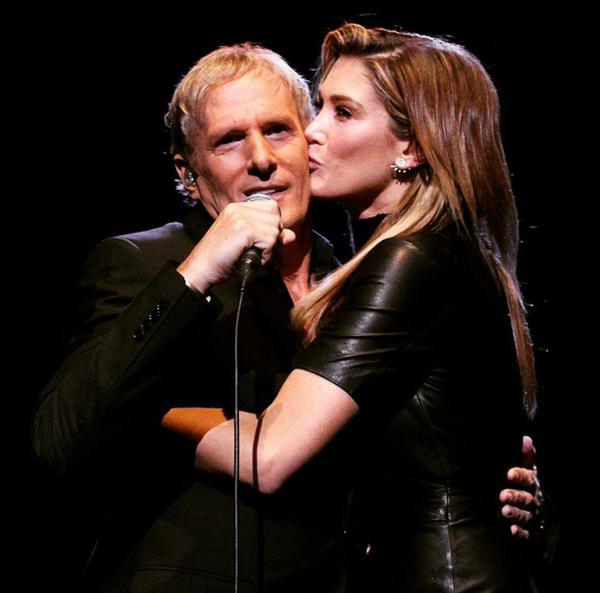 For Sylvie and Robin R first two pics are close ups of Michael singing with third one being of him in audience singing WAMLAW.  Last one is quite spectacular and how it has been captured I do not know and must admit when I first saw I thought a photoshop until I saw positioning of Michael's hand which is round Delta Goodrem's waist and you will have guessed it is a close up picture of them with Michael facing camera and with Delta in foreground but profiled and she is placing a kiss on Michael's cheek and she has her arm extended round him as is his round her....it is a beautiful photo, beautiful and a close up.  Michael has mike up to mouth as though either, obviously, singing or talking.