Where exactly is I think Brook CA is? Awesome, if that's the concert I'm thinking of, Kathy that you're going to the show in July. I'll see you Kathy LAFD in Vegas, Ok? :)

Thanks girls. I lack confidence sometimes in my lack of writing abilities sometimes. I know my ideas & such but writing them down can be difficult for me some times.

Hi Robin R...I am catching up here...what is new with me...I am ALWAYS catching upi!! Just wanted to say your review was spot on and delightful :) It takes a village to write MB concert reviews and we ALL have a story to tell. So keep writing!! Everyone looks forward to all the different perspectives at how we ALL enjoy Michael and his music!!!

Know jumping ahead somewhat but Michael said on Sunday Brunch that RAH was already booked for 2018 and this morning, on The Wright Stuff, he said the 2018 tour would be a full tour of the UK and it would start at the RAH in London and branch out from there.  Super, super information except I am dying to know in what month !!! LOL

The next concert for MB and the band take them around the globe to Zermatt Unplugged, Switzerland on April 6, 2017.

Everyone going have a great time!!!  MB and the band are sure to rock that part of the world. I hope to see a review or two.

Lovely pic of Michael on stage tonight at the Zermatt concert in Switzerland.  Pic comes courtesy of Rob Lewis Photography 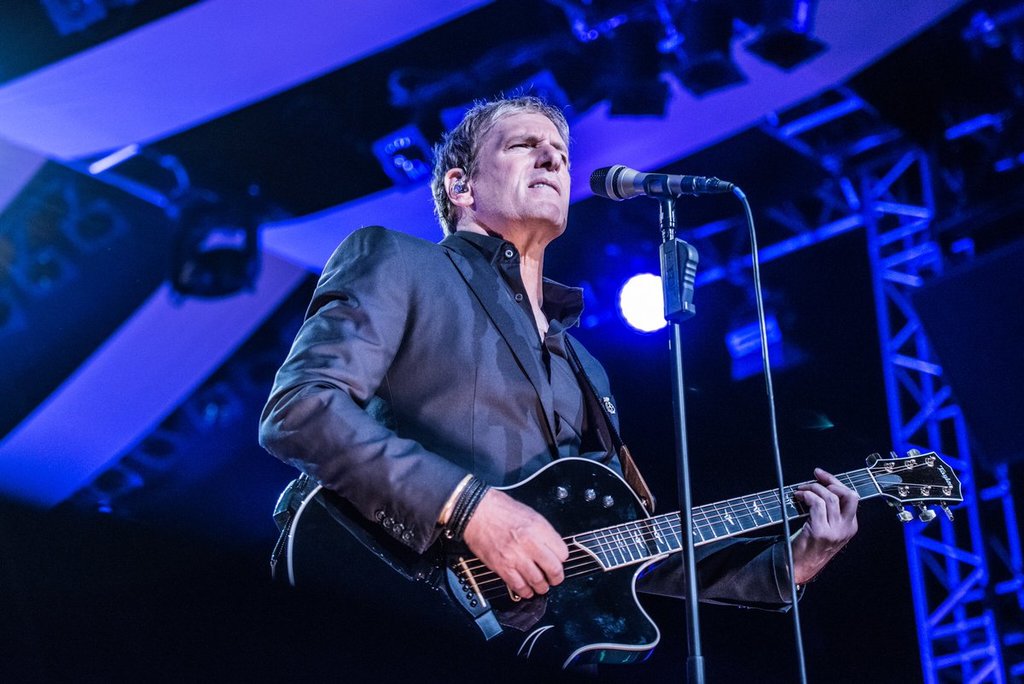 Beautiful pic of Michael on stage tonight in Zermatt, Switzerland and it comes courtesy of Fina Mango.  Wonder if just for this particular concert  or something to do with Songs of Cinema but different /more band members on stage .... interesting !!! 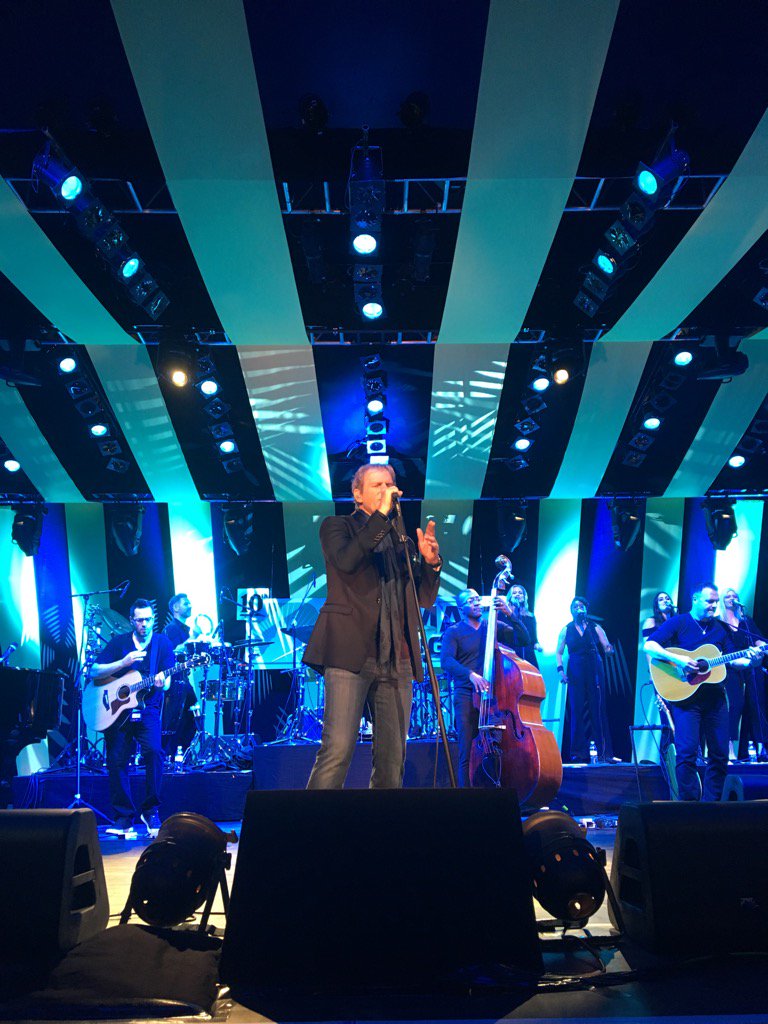 Link to article about Michael's show in Zermatt, Switzerland last night which also contains a lovely pics of Michael on stage and it comes courtesy of Rob Lewis Photography.  Petra shared this link on FB and so a HUGE thank you goes to Petra, THANKS !!! :)

Here is translation of article:

"The main appearance was on the third day of the Festival in the Centre ofbig rock ballads. The American King of love songs took the audience on ajourney through time.
Surrounded by a dozen musicians it was Michael Bolton in the shortest time to put emotional high points at the audience. The concert wasopened, with a great classic: "Stand by me" by Ben E. King. With other classics such as "I've got a woman" by Ray Charles, he was soon an enthusiastic atmosphere. The energetic singing with double bass, saxophone, piano and five backup singers was supported.
After two Sung verses, Bolton had the crowd already in the bag, and proved his skills as an entertainer. Since the early of 1980s, he has sold over 60million recordings and garnered two Grammy Awards so." 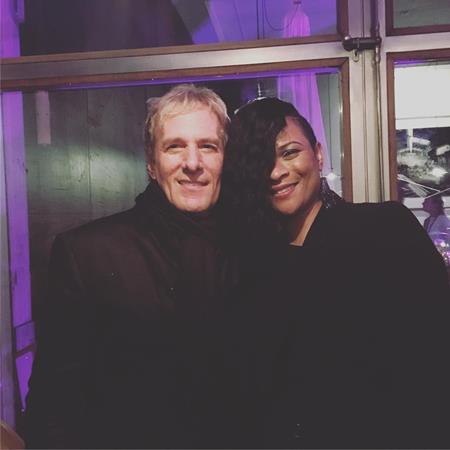 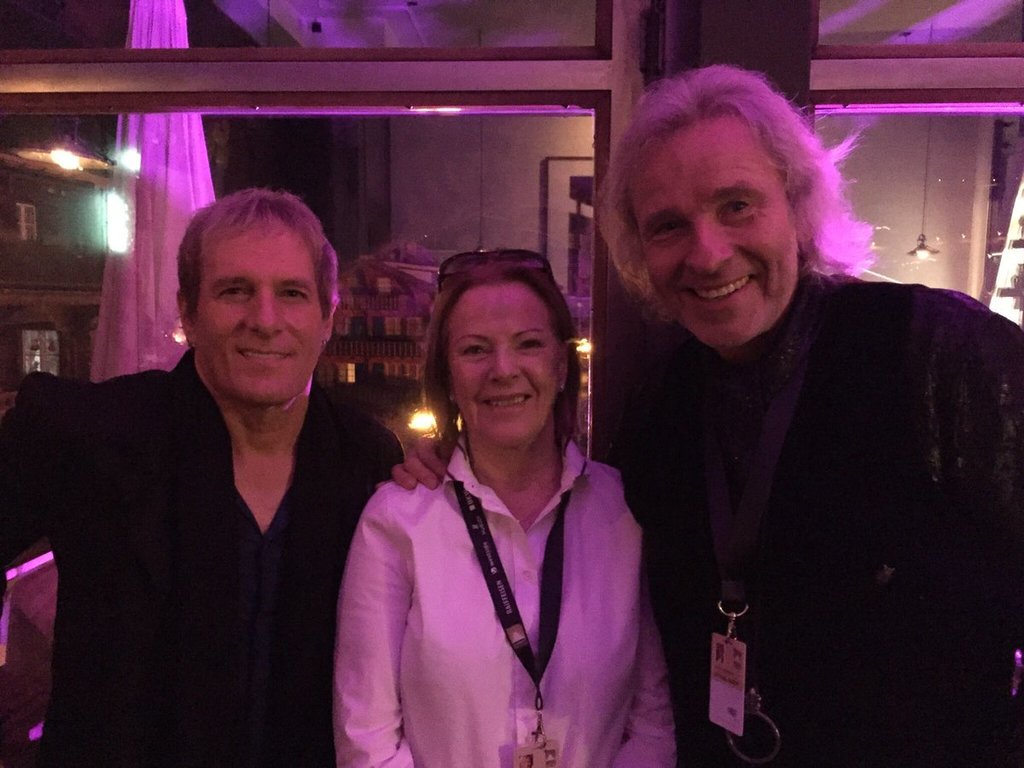 Thanks a lot for the article and especially the translation  Sylvia, take care. Hugs, sincerely, Sylvie Qc canada :D

the lady between M. and Thomas is Frida from the Abba. She lives there in Zermatt.