Permalink Reply by Debra Tennet on August 6, 2010 at 5:42pm
Really fab photos too Jaana.
Thank you for sharing those also.

Permalink Reply by sylvie boisvert on August 8, 2010 at 2:53am
Hey Jaana, thank you so much for sharing your thoughts and feelings with us! Ah, I’m so glad for you that you’ve met Michael when he seemed so happy! Michael mentioned the Xmas CD in his “Update from Milan” blog post. Oh my God, 3 new CD’s?! Dare we think that one of them will be the blues album we’ve been waiting for? I don’t wanna get excited too soon but it certainly sounds promising!! Jaana, you do a fantastic job at expressing what you were feeling: I want you to go to more concerts just to read your reviews! Lol I feel as if I had been there next to you, as you were waiting to meet Michael! You know Jaana, I think you’re gonna be on that cloud for a very long time! Thanks again very much for sharing sweetie, take care. Big hugs, sincerely, Sylvie from Canada

Permalink Reply by Jaana Stenberg on August 8, 2010 at 3:12pm
Thank You Sylvie! I know, how much You all like to read (as i like to read the other ones!) all reviews, so, I really tried to make mine, as well as I can in english! And, all those, who have met me, they do know, 'that I'm crazy, funny, fan of Michael's, from Finland', lol! When I 'travel' somewhere to See Michael in LIVE, I do enjoy every minute...and show it too..., lol! I will write and send some more pics from the concert (for some reason, I couln't upload more pic's the same time?!) And from the hotel and press conferess too! You are not going to 'forget' that concert, lol!
Hugs Jaana xxx 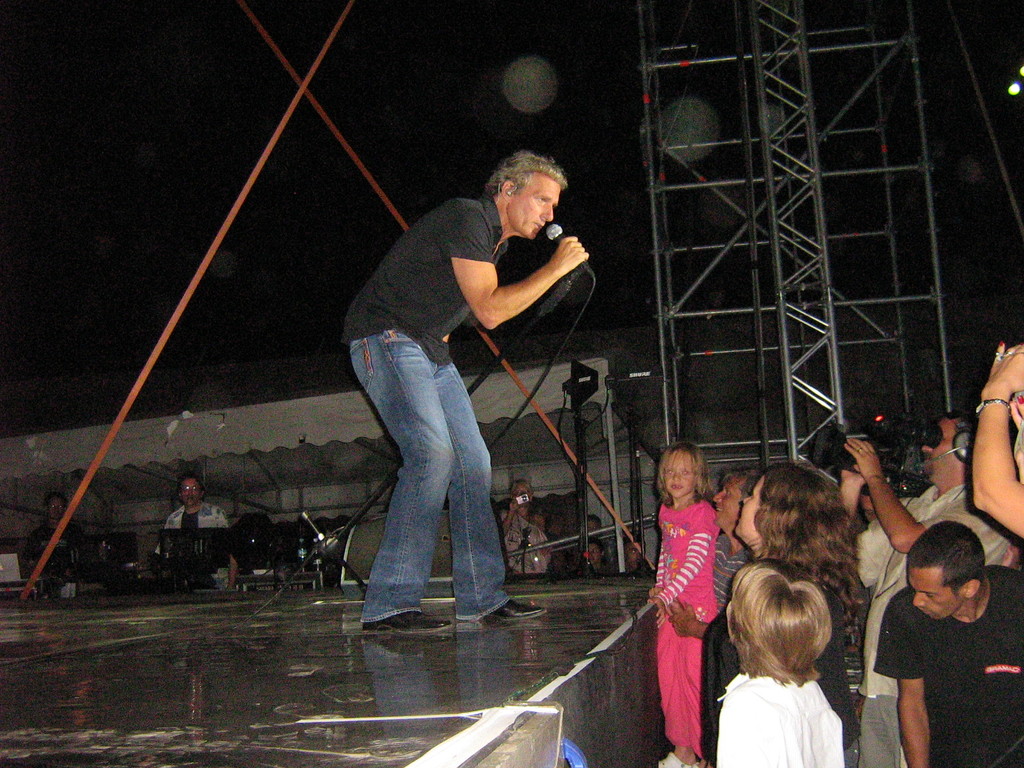 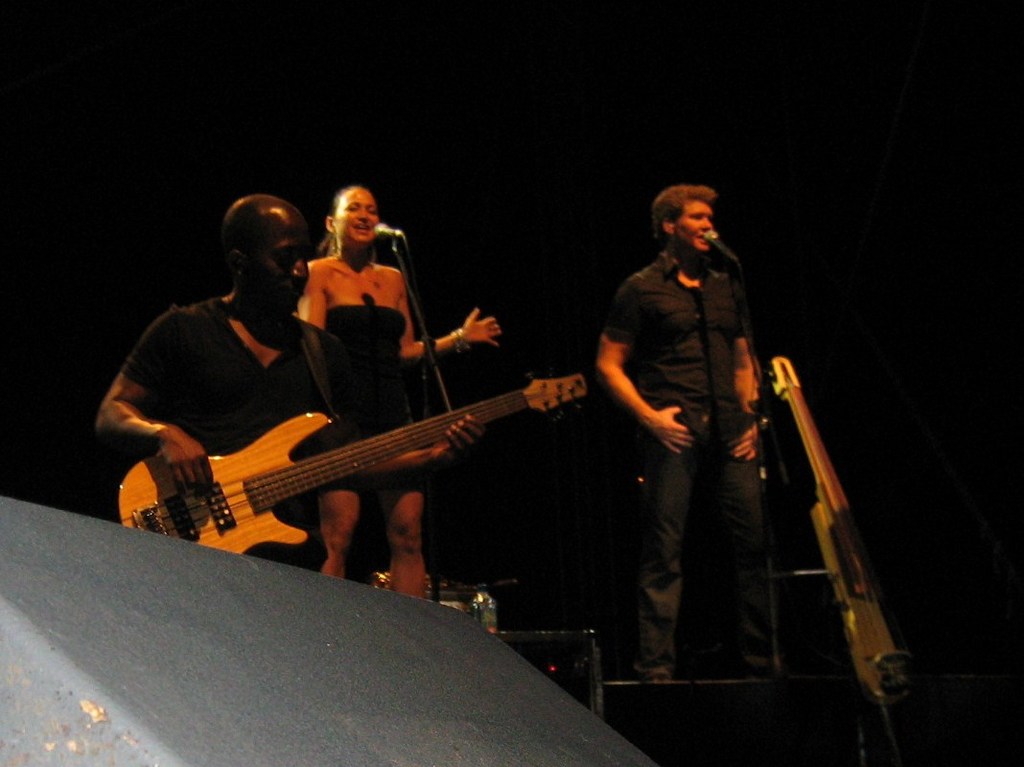 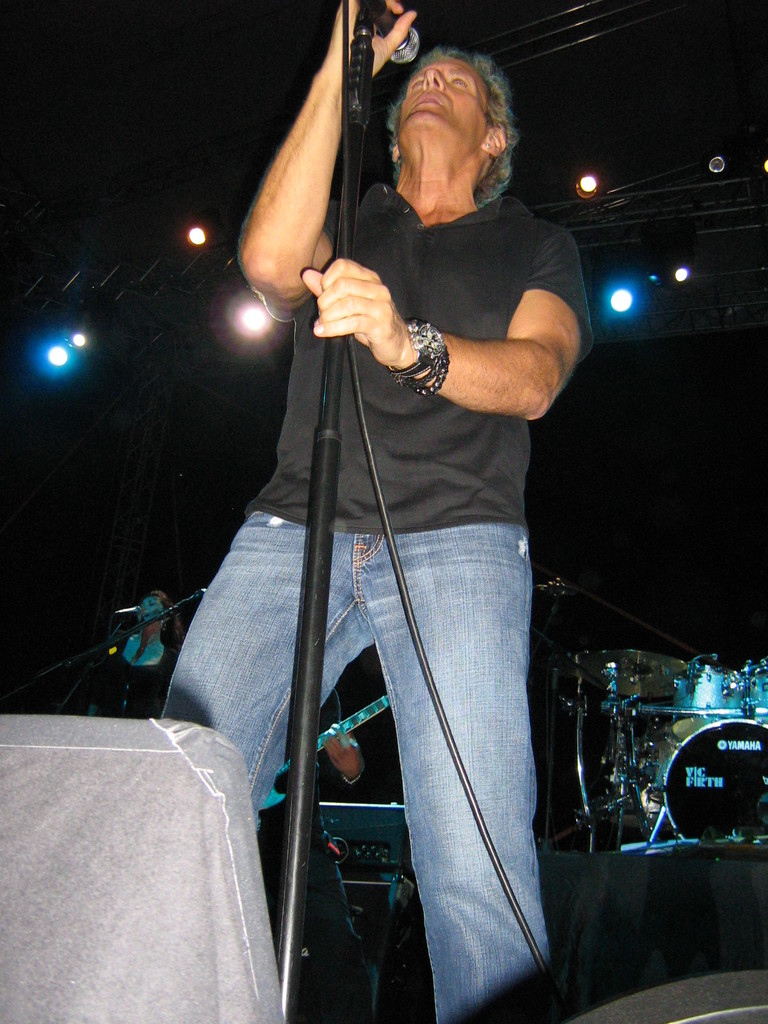 Permalink Reply by robin rehder on August 12, 2010 at 12:45am
I agree with Sylvie about the up&coming 3 CD'S especially the Christmas one--but all of them. Woo Hoo. :)

Robin the boltonnut from L. A. CA USA

I didn't get to see your review but I'm glad you enjoyed Michael's concert&awesome you got to meet him. I'm glad for anyone who has that opportunity. :)

Robin the boltonnut from L. A. CA USA

Permalink Reply by sylvie boisvert on August 8, 2010 at 4:17pm
Hi again Jaana, it sounds like going to a concert with you would be a lot of fun! I'm sorry I can't appreciate your pictures sweetie because I can't see them but I'm sure a lot of people are enjoying them, thanks for sharing. I really loved Florin's videos though! Take care Jaana and enjoy your Cloud 9! BTW, I have a feeling that the good things happening to you are just good karma: when you send positive energy into the universe, it comes right back at you! :D Well, it works for Michael! lol Big hugs, sincerely, Sylvie from Canada

Permalink Reply by Jaana Stenberg on August 9, 2010 at 2:51am
Hi all! Here are some more 'details for You, lol!
So we went to that 5 star hotel, where Michael and the members of his band etc. were going to stay while they visited in Costanta and where he was going to have his press conference. Outside we saw their bus as they had just arrived, (Michael came there later). We went in and had a drinks at the 'lobby'bar and talked about Michael, together. I was sooo nervous, lol! Couldn't believe, that we were there, waiting to see Michael at any minute...Ohhh!! Then we went back to the 'hall' where the reception was. Some of the members etc. of his band where still waiting for their keys to the rooms, there. As Michael Lington, Danish saxophonist, who is now touring with Michael, went by, I showed him 'that little flag of mine', he immediatly recodnised, that I was also 'Scandanavian' as he is and he came to talk with us. He also seemed a little surprised, that I had camed from Finland, to see and hear M.Bolton in Costanta, Romania! He was really nice and polite, chatted with us for a while, then shaked our hands and told us, that it was his 'pleasure' to meet us, lol! And when I was in the concert, the next day, it was really funny, that when he saw me there, standing next to the stage, having fun, really showed I enjoyed the show, he smiled and said....Oooh, it was YOU!...to me, lol!
I write and tell you more, later! Hugs Jaana xxx 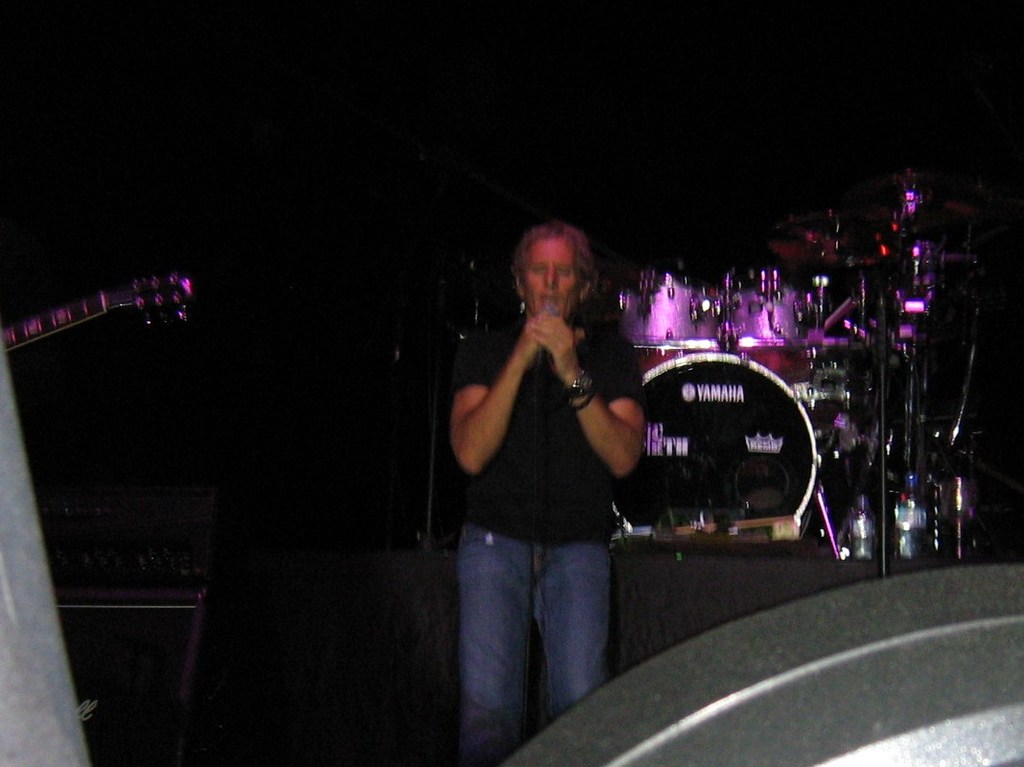 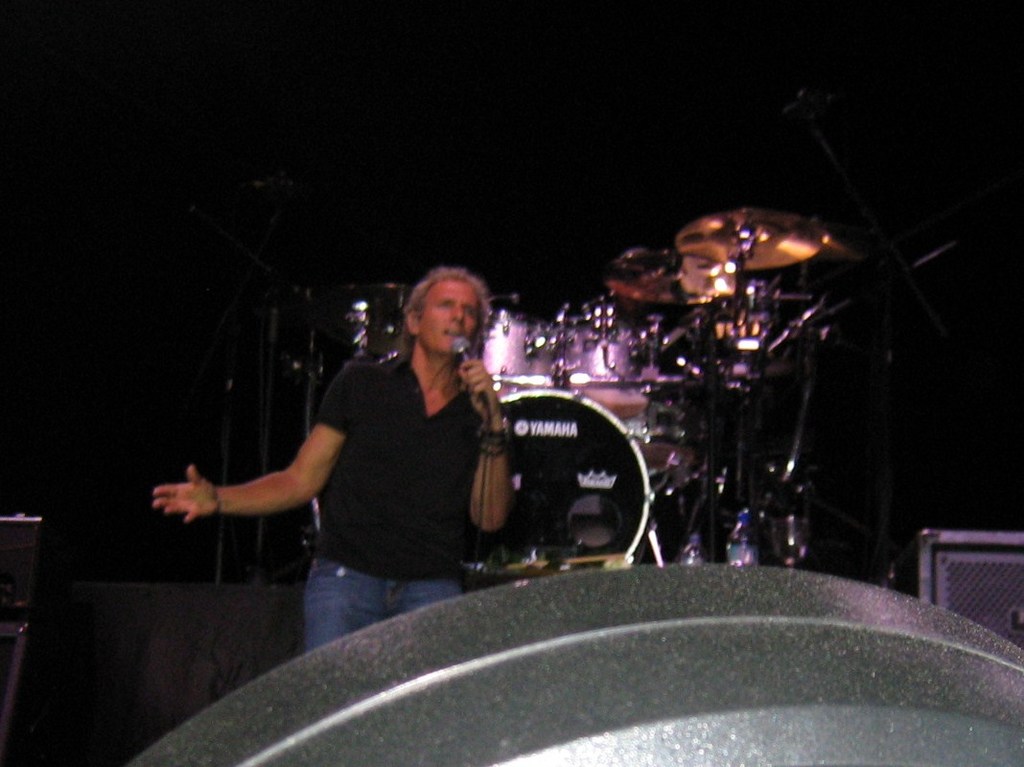 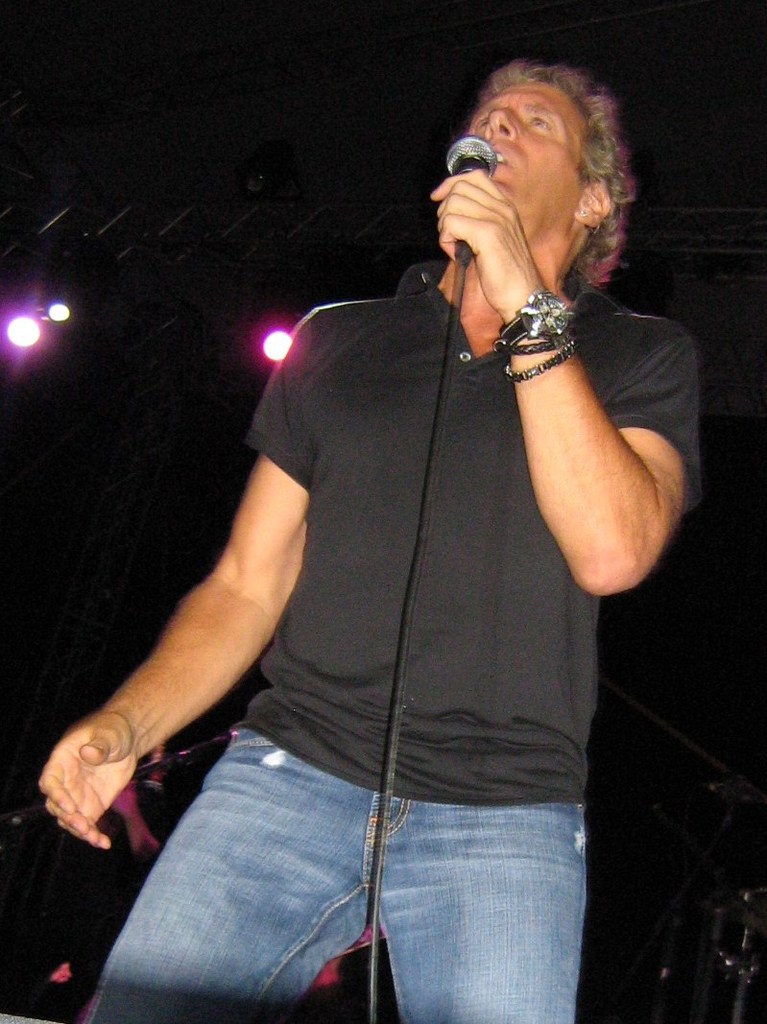 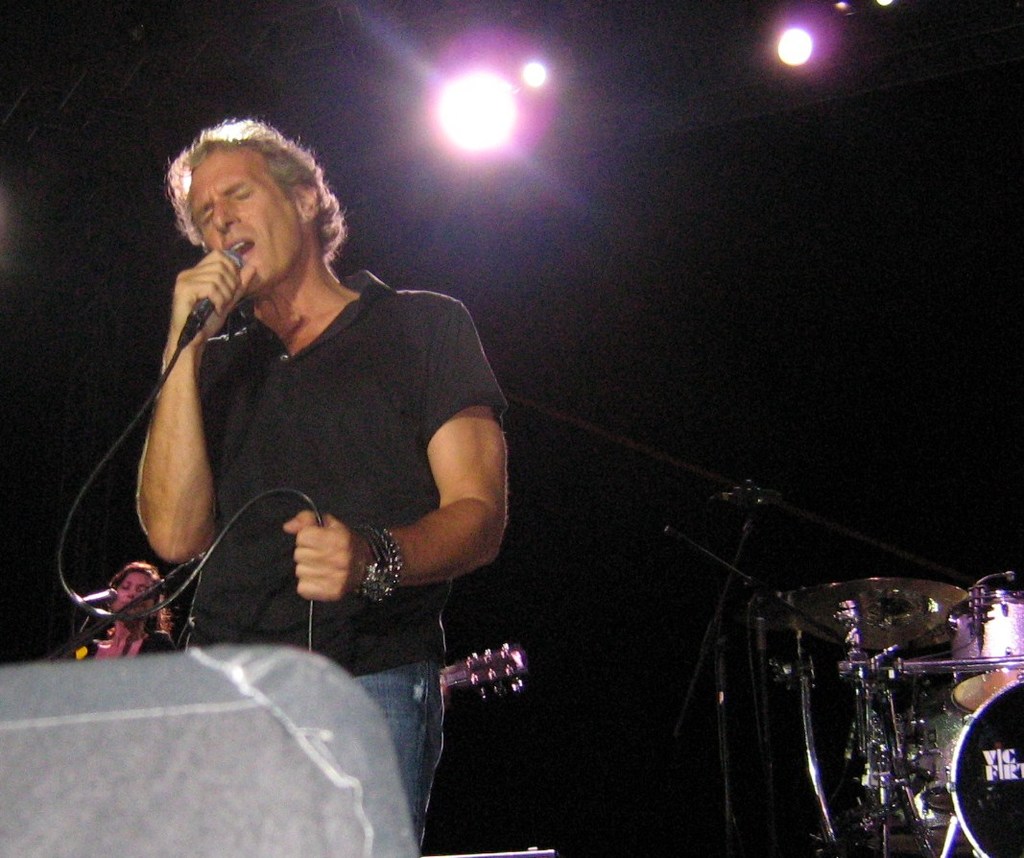 Permalink Reply by Eileen Parr on August 10, 2010 at 4:33am
Jaana, Amazing pictures!! Thanks for sharing them and you story!!!

Permalink Reply by Mariu Lolllett on August 10, 2010 at 5:54am
Hi, Jaana
Thanks for sharing with us your experience,
with ALL DETAIL, and the fabs pics, I love
everything !!!
Take care
Mariu