one of the best songs in my opinion

in my opinion one of michael boltons songs is 'how can we be lovers' that is one of the best songs i love it , it is probably my favourite , who agrees with me and if you think there is another song that is better than that one just remember that is in my opinion so comment i want to know what your favourite song is by michael

Hope your day is great,special with your family and friends myself and all of your fans love you and wish the very best,and many more to come .And give

a kiss to the little one too.

Hey Michael, Happy Birthday from Australia. I will be at your 1st Australian Concert in April 2012, @ Jupiters Casino on the Gold Coast.

HAVE A SPECIAL, HAPPY BIRTHDAY, SURROUNDED BY YOUR LOVELY FAMILY.KEEP ON BEING THE WONDERFUL 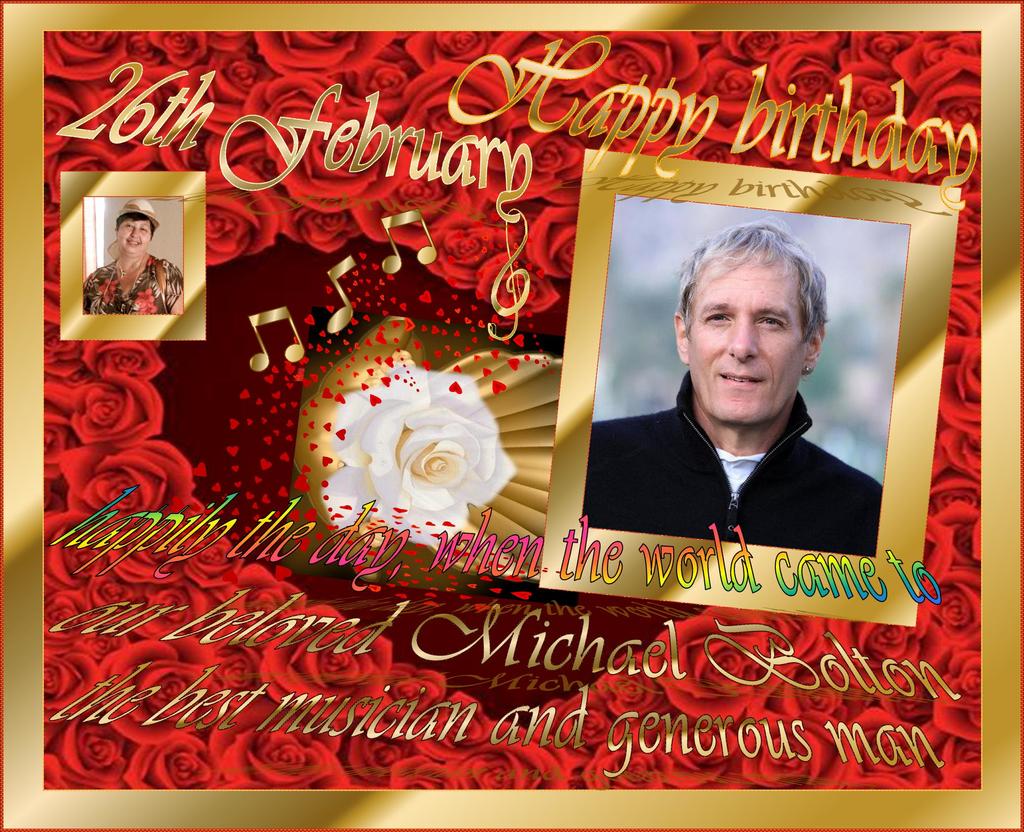 i dont know what to say John Hilton
Michael I am a huge fan please do a bunch of cds of WALTZ slow waltz songs. You would help save this dance from extinction!! A lot of songs could be done to correct tempo and 3/4 timing!

Nora Jones " Come away With Me " is PERFECT EXAMPLE OF A SONG very big in the BALLROOM dance community!!

I have a friend and this is her email she sent me today. but I went to her Website www.donnaleighworship.com and I was reading some of her website and came across your name Michael Bolton the Time Love and Tenderness tour in 1992. Please if you get a chance go there. then read this email from her.  If you could please help her out!!!! She has a heart for Haiti and the Children there.

Here is Donna's email:  I hope this…