At the Dome, a beautiful cathedral in eastern Berlin.

Listening to talented local musicians in Berlin reminds me of my days in Berkeley as a street performer. My audiences are bigger now, but I'm still singing for my supper too.…

As you can see, I'm trying to sample the local culture while in Berlin...

Congratulations to the winners of our "Love is Everything" contest!  The following winners have been contacted and will need to respond to the email sent to the address they registered with to receive the CD.

Check out MB's first video diary segment. Let us know what you think and what type of content you would like to see in future videos. Thx!

without you in my life there would be no love, i need my yearly fix of mb

Our trusty pilots. 4 cities in less than 12 hours. That's a record for me!

Hello dearest friends, how are you? anyways this song by Micheal Bolton is just one of those inspirational songs anyways it reminds me of not saying ready to say to bye to my dad when he passed away I didn't want to let him go :( god I miss him so much it's so hard to not being able to see him again and I just don't know what I can do with out my dad being here any one :( it just really sucks not having a fatherly figure in my life I feel so alone with my dad here :( it's so hard during that… Continue

Had a chance to get out for a walk in Dresden today.Incredible architecture, beautiful cathedrals. Very grateful.

When I saw Glen's last, his name was on top of the Internet Search! I feared he had passed! He is battling! My mother lost a lot of sleep, after arthritis took away her ability to walk, and when she forgot something, or didn 't understand me, I thought I might die on the spot. Mom doesn 't have alzeheimers. Her side has many alzeheimer sufferers. My dad 's-- None! She later explained-she is in shock, she can 't walk! I never drank. i have permanent effects of a haed, make… Continue

Hello everyone, the reason for this post is going to a powerful one :) the reason I look up to Mr Bolton is because he has saved my life from so many things from being in a dark place from being bullied…

To win one of ten autographed copies of his new CD, Gems: The Duets Collection, leave MB a comment letting him know why "Love is Everything" to you. 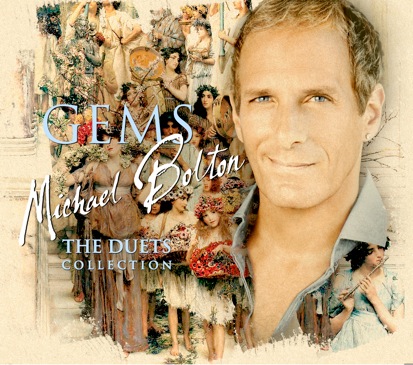 Michael Bolton chats with Access about his new…
Continue

Enter to win (2) Tickets/passes and a Yamaha FG guitar

Enter to win (2) tickets and backstage passes to one of MB's upcoming U.S. shows AND a Yamaha FG guitar - signed by MB and some of his "Gems: The Duets Collection" featured artists!…

On the Way to Germany

‎9 hours of flying and now arriving in Dresden Germany to begin 3 weeks of shows in europe. Very very excited to perform with Helene Fischer at several shows. She is amazing!!…

I already know it's gonna be AWESOME <3